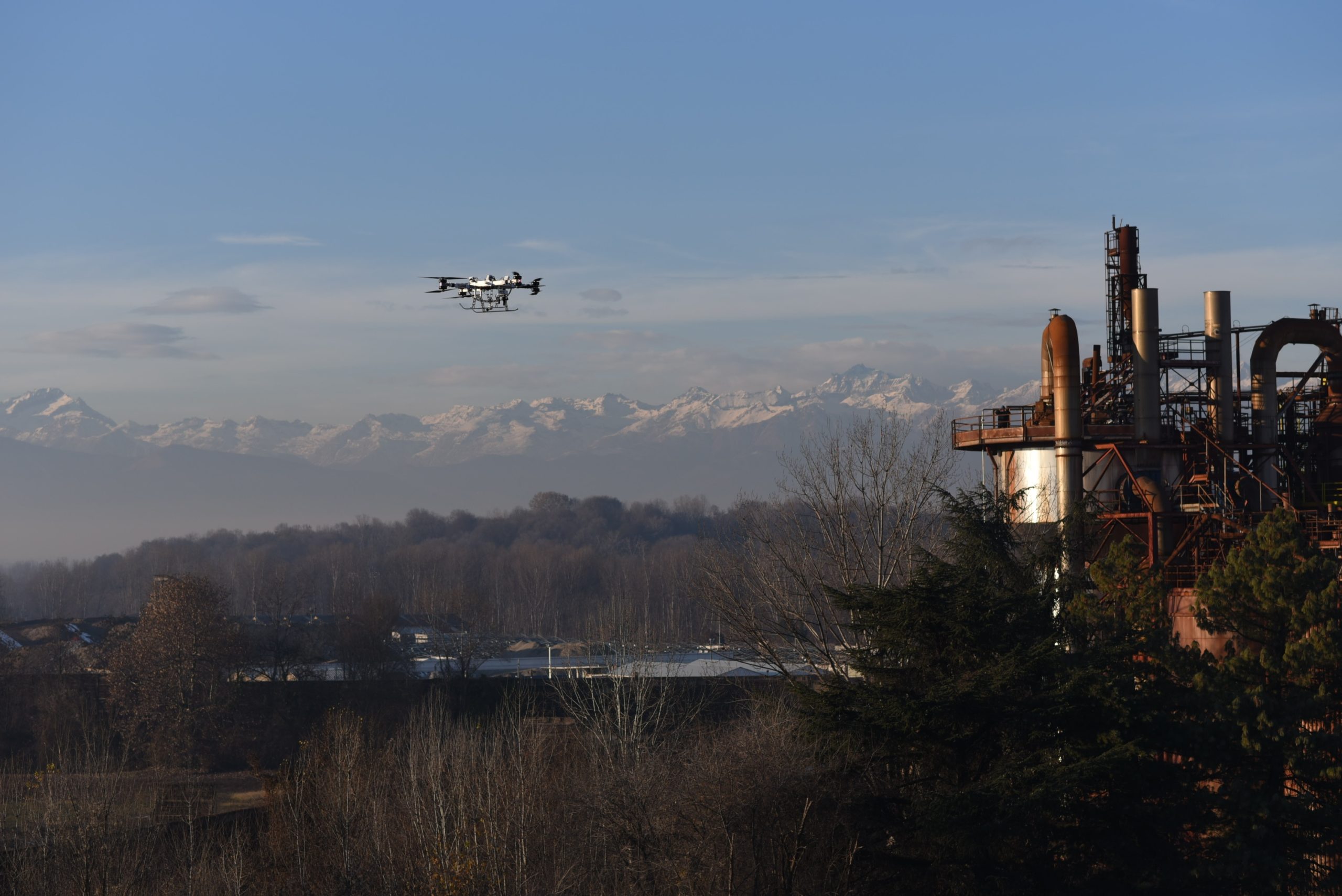 Heavylift urban air mobility (UAM) has been reliably demonstrated in a first of its kind operation in Europe that could prove to be key for sustainable ‘last mile’ supply chain logistics.

Italian cargo drone designer and manufacturer FlyingBasket said it has carried out the first urban area flight operation in Europe with its 100kg heavy payload cargo drone in the Italian city of Torino.

The eVTOL cargo drone FB3 with 100kg payload capability has been in commercial operation since 2020, when FlyingBasket received the first operational authorization to perform complex logistic missions in sparsely populated areas.

The mission began from the coordination centre of Poste Italiane in Torino (Piedmont, Italy), where delivery packages were transported by two heavy lift drones, designed, and operated by FlyingBasket, over the Stura di Lanzo river.

He added that “in the future a fleet of autonomous drones will not only be able to keep up with rising logistics demand, but also increase flexibility and reduce delivery time”.

This flight was part of a logistic demonstration in collaboration with Italian technology company Leonardo and Italian postal service provider Poste Italiane.

The initiative comes as e-commerce demand, a focus on smart last-mile logistics and shipping congestion all place more pressure on fast and efficient air cargo operations.

FlyingBasket was the first drone company in Europe to receive confirmation for cross-border operations based on the Operational Authorization granted by Italian aviation authority, ENAC.

ENAC granted the Operational Authorization in the city of Torino to FlyingBasket.

GEFCO to be re-branded as CEVA following takeover