The IATA CASS figures show that DSV Air & Sea suffered by far the greatest loss of volume among the top 10 German airfreight forwarders.

These are the figures of the former DSV, which was merged with Panalpina Welttransport (Deutschland) on January 1 and has only been operating as a joint venture in Germany since then.

Among the top 10 forwarders, DHL performed best with a 1.5% decline in revenue compared to the previous year.

Logwin Air + Ocean also achieved a respectable result with a revenue decline of 3.4%. 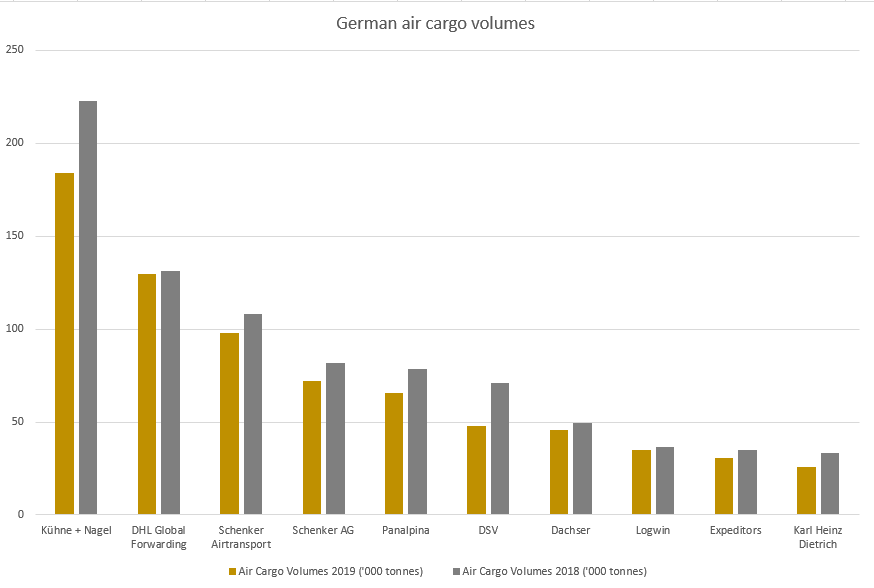 Cargo airlines: Turkish Cargo and Air France on the up

On the airline side, the carriers Turkish Cargo and Air France are the clear winners. Both were able to gain market share despite the weak general conditions.

The Turkish airline was able to increase its cargo volume by around 4.5% compared to 2018 and Air France by 0.5%.

With a tonnage of 43,500 tonnes in 2019, Turkish Cargo will have a market share of 3% on the German airfreight export market and occupies 10th place in the ranking of airlines.

Air France, which is reported separately from its partner airline KLM, achieved a volume of 50,000 tonnes in 2019 and is in 7th place.

It should be noted that Iata does not report the freight transported by the integrators DHL, UPS and Fedex, but only that of the liner carriers.

Fourth-placed AirBridgeCargo performed worst as its volume shrank by 17% to 75,000 tonnes and its market share dropped to 5.3%. 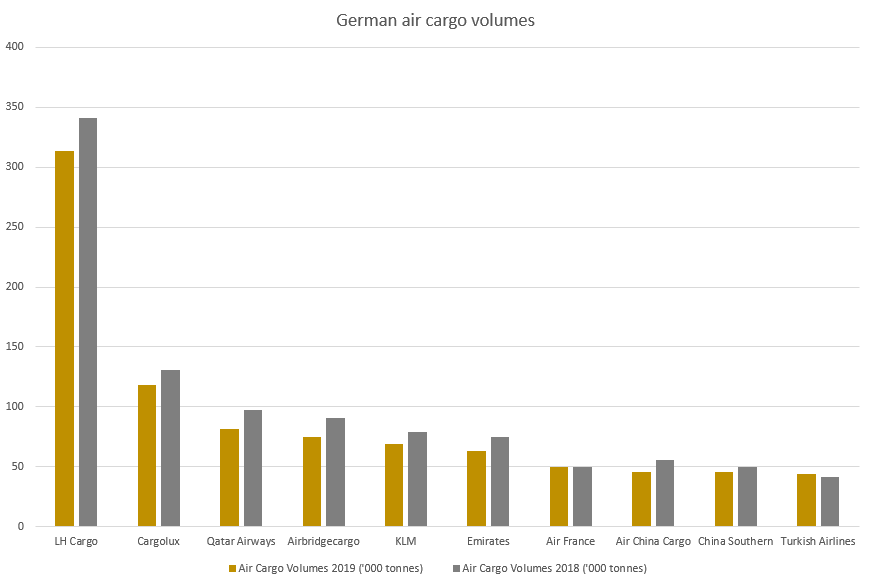