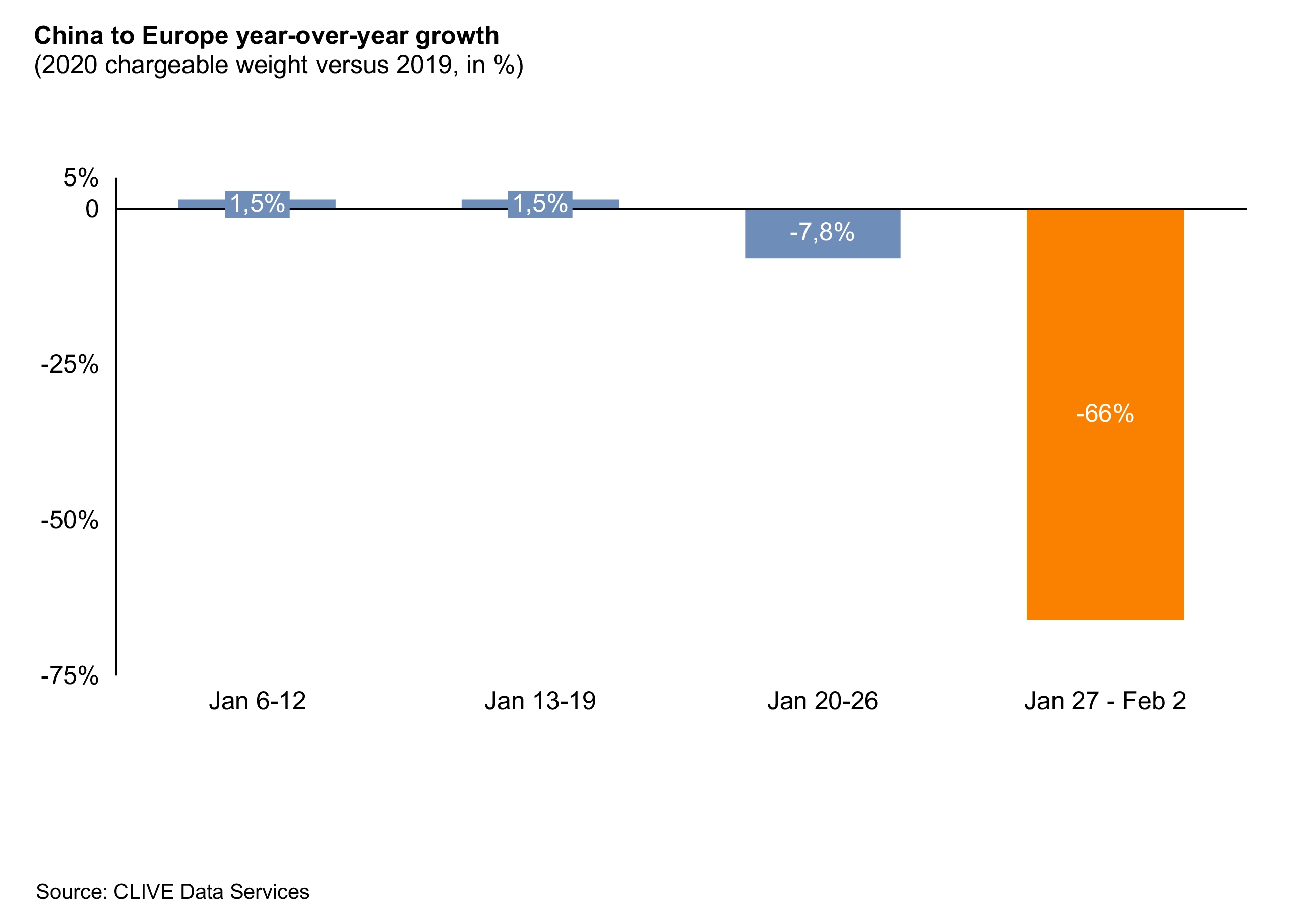 The early Chinese New Year helped pull down cargo volumes and load factors in January, according to CLIVE Data Services.

The analyst said that in the four weeks to February 2, cargo volumes declined by 4% year on year, while the dynamic load factor slipped by two percentage points compared with a year earlier to 65%.

The analyst said the decline in demand largely reflects the influence of the early Chinese New Year, which in 2020 started on January 25 compared with February 5 last year.

If the influence of the Chinese New Year is stripped out, the decline would have been closer to 1%.

CLIVE’s managing director, Niall van de Wouw, said: “At face value, the 4% drop in global air cargo in the weeks between January 6-February 2 appears to be quite a setback relative to the growth numbers seen in the last three months of 2019.

“But looking at the data in more detail tells a more nuanced picture. The Chinese New Year holiday started this year on January 25, one week earlier than in 2019. By our estimates, the fact that this is holiday is celebrated in such major air cargo origins as China, Hong Kong, South Korea and Singapore, pushed the overall growth number down by around 3% for the start of the year.

“This implies that the ‘normalised’ global market saw a decline of -1%.”

In the last week of January, volumes from China to Europe, relative to the same week in 2019, dropped by 66%. Subsequently, the dynamic load factor of westbound flights from China dropped from close to 90% to 74%.

The reason for the load factor not dropping further is due to airlines cutting capacity by 44% relative to the same week last year, CLIVE said. Most of this fall in capacity was caused by a reduction of freighter services in anticipation of the weaker demand.

Looking ahead, van de Wouw said it was unknown how much of an impact the coronavirus would have on air cargo demand.

While the industry traditionally anticipates lower demand during Chinese New Year, the big unknown now is the impact of the coronavirus at the start of a year where there was previously slight optimism for a modest recovery in air cargo volumes.

“We have already seen airlines suspending passenger services in response to the virus, and now it’s a case of wait and see. The impact of the coronavirus on cargo volumes out of China will become clearer in the weeks to come when the factories reopen and their supply chains are brought up to speed again. How quickly that will happen – and what knock-on effects it has for global air cargo industry – will be a strong indicator for the year ahead.” 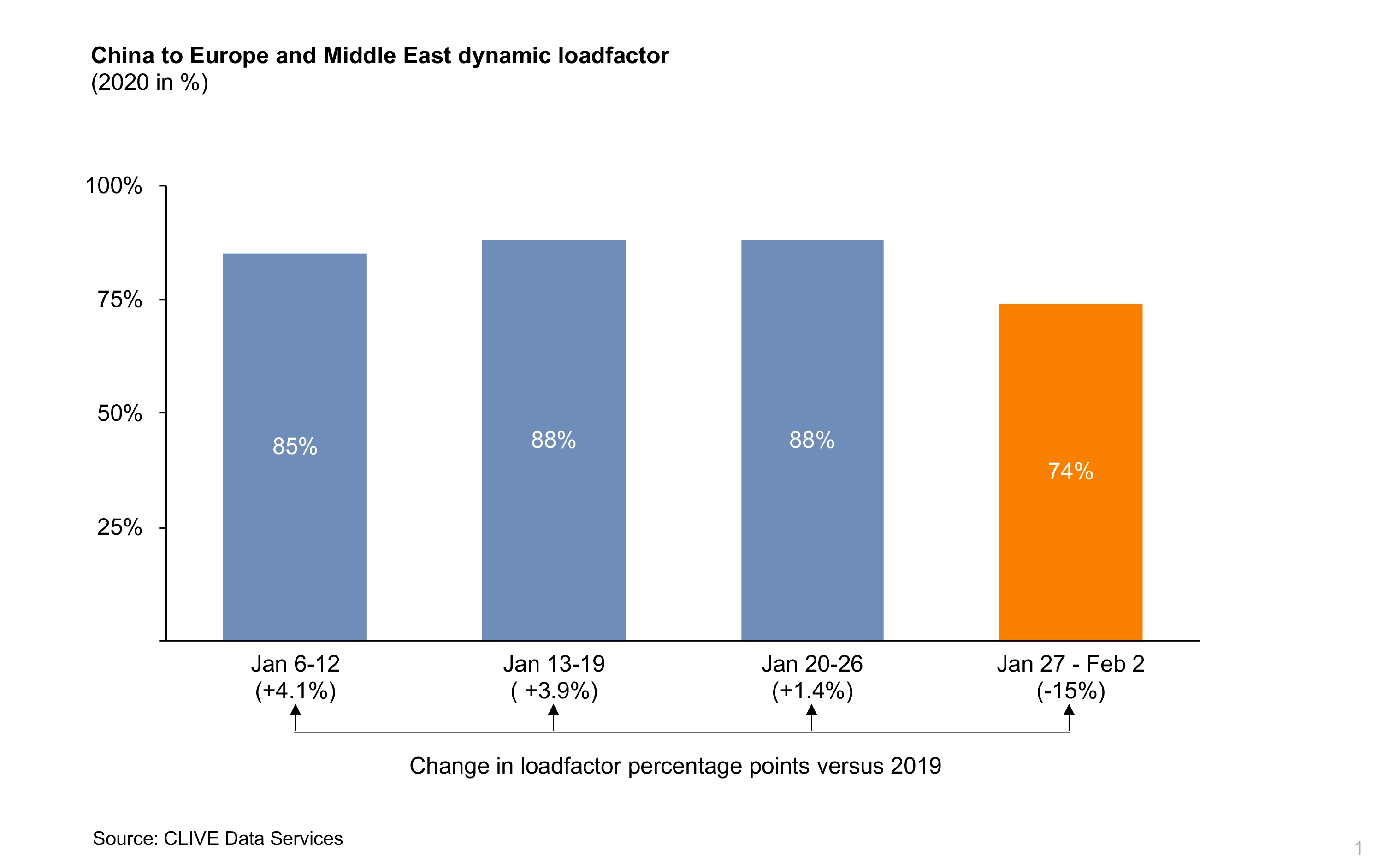