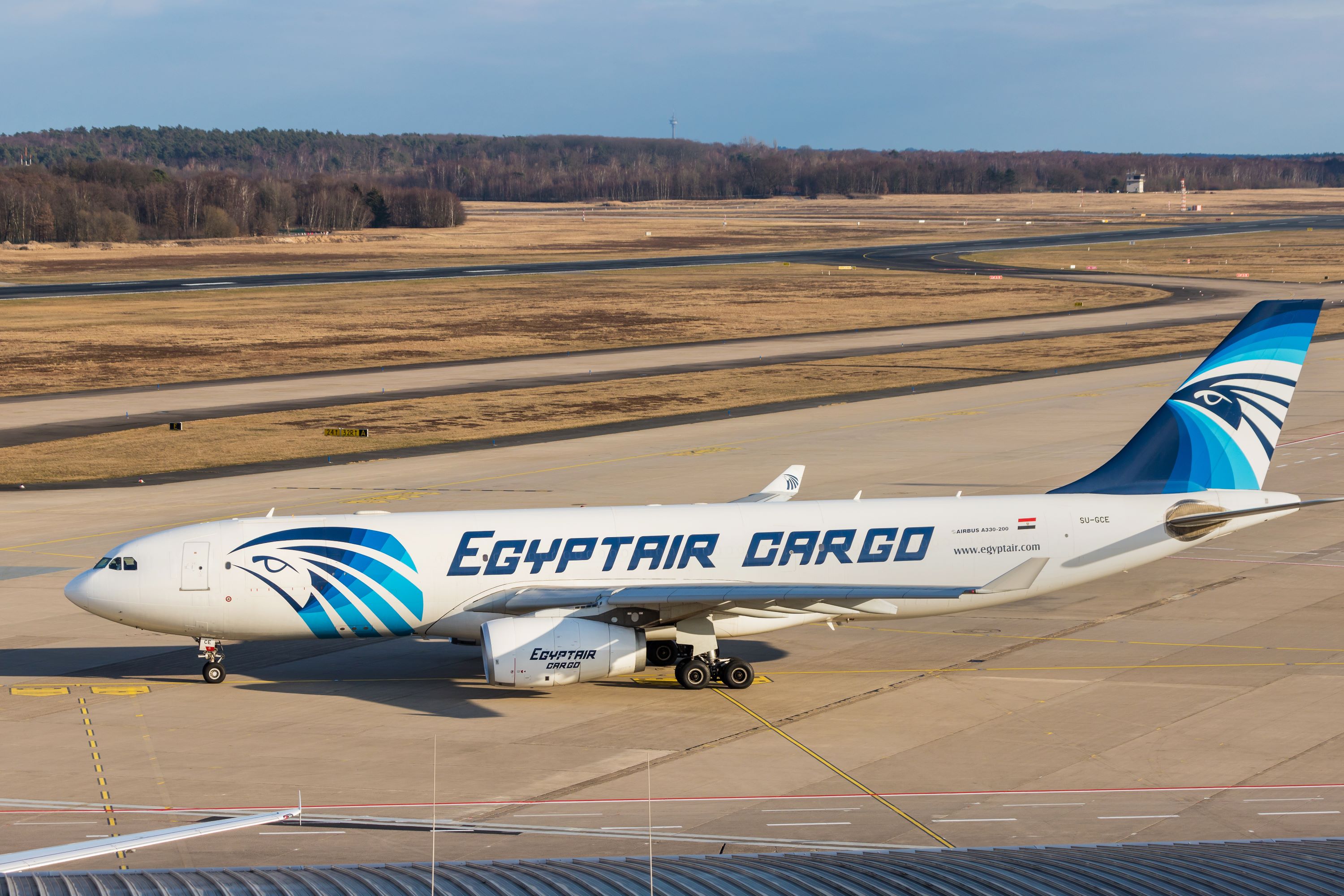 EgyptAir Cargo added its third converted freighter over the weekend but said it will put plans for further expansion on hold for now.

The carrier’s latest A330-200P2F started operations over the weekend after it was delivered to the airline by Germany-based passenger to freighter conversion specialist EFW.

The aircraft is the third and last conversion of the type ordered by the airline as it updates its freighter fleet from its previous A300-600P2F freighter setup to upgrade and modernize its cargo capabilities using the A330-200P2F’s enhanced range, volume and payload characteristics.

Its fleet now consists entirely of the three A330-200P2Fs.

Meanwhile, an airline spokesperson confirmed that a plan to launch freighter services to the US (Chicago) were on hold for now.

The carrier has recently launched passenger operations to Dulles offering extra belly capacity to the US, while the cargo market is in the midst of a downturn.

The spokesperson said that the carrier is currently busy with the perishables season and resumed its flights to Johannesburg last week, flying 30 horses from Accra.

Other destinations served by its freighters include: Mumbai, Lagos, Khartoum, Amman, Beirut, Istanbul, Ostend and Cologne.

In a recent interview with African Aerospace, the airline also said that it would no longer aim to operate a fleet of eight freighters, given the market situation, instead opting to expand its passenger fleet.

The airline will therefore operate with its fleet of three A330P2Fs for the time being.