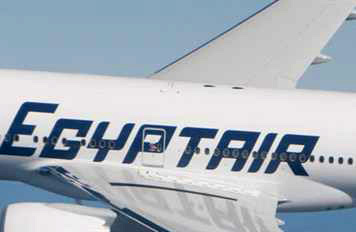 An Egyptair Airbus A320 (flight MS804) with 66 people on board has gone missing on a flight from Paris to Cairo, with news agency reports that it has crashed in the Mediterranean Sea around 30 miles north of the Egyptian coast.
On board are 7 crew, 3 security guards and 56 passengers.
According to the BBC, the Egyptian military has denied a report from that a distress signal was sent by the plane.
On its website, Egyptair has the following statement: "Egyptair denies all misleading information published by news websites and on the social media channels regarding the reasons of the disappearance of flight MS804 and the company confirms that the reason of disappearance hasn’t been yet confirmed."
Planemaker Airbus has issued the following statement: "Airbus regrets to confirm that an A320 operated by Egyptair was lost at around 02:30 am (Egypt local time) today over the Mediterranean sea. The aircraft was operating a scheduled service, Flight MS 804 from Paris, France to Cairo, Egypt.

"The aircraft involved, registered under SU-GCC was MSN (Manufacturer Serial Number) 2088 delivered to Egyptair from the production line in November 2003. The aircraft had accumulated approximately 48,000 flight hours. It was powered by IAE engines. At this time no further factual information is available.
"In line with ICAO annex 13, Airbus stands-by ready to provide full technical assistance to French Investigation Agency – BEA – and to the Authorities in charge of the investigation.
"The first A320 entered service in March 1988. At the end of April 2016 over6700 A320 Family aircraft were in operation worldwide. To date, the entire fleet has accumulated nearly 180 million flight hours in over 98 million flights.
"Our concerns go to all those affected."