EL AL and Etihad look to team up on cargo 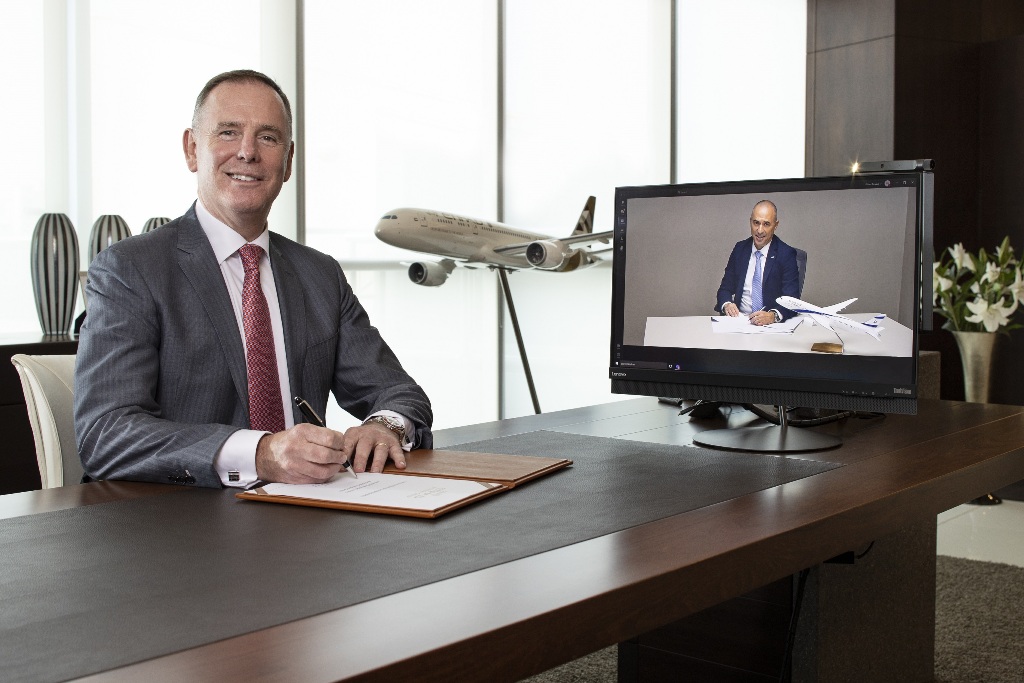 EL AL and Etihad will explore a new partnership as the UAE and Israel continue to forge closer business relationships following the signing of a peace deal earlier in the year.

EL AL Israel Airlines and Etihad Airways will explore deeper cooperation following the signing of a Memorandum of Understanding (MOU).

The wide-ranging MOU covers scope to introduce joint codeshare services between Abu Dhabi and Tel Aviv, as well as on the global flight networks beyond the two carriers’ hubs.

It also contains plans for greater commercial cooperation in the fields of cargo, engineering, loyalty, destination management and the optimal use of pilot and cabin crew training facilities.

Both carriers’ engineering and cargo divisions are also set to begin talks about greater cooperation. These discussions would look at optimising MRO (maintenance repair and overhaul) opportunities, as well as ways to increase volumes of freighter traffic flowing into and out of Abu Dhabi and Tel Aviv, and across the carriers’ combined networks.

Douglas said: “Following EL AL’s historic flight to Abu Dhabi, the first ever flight between Israel and the UAE, this MOU is the foundation of what we envision will be a strong ongoing relationship between Abu Dhabi and Tel Aviv.

Usishkin added: “Following the normalisation of diplomatic relations between Israel and the UAE, we have been provided a great opportunity to examine the possibility of cooperation with Etihad Airways. This MOU is only the start and we believe that together, the two flag carriers will be able to provide our mutual customers with the best possible product and service. ”

Etihad Airways announced its intention this week to commence daily services between Abu Dhabi and Tel Aviv from 28 March 2021.

Earlier this year Israel signed a peace deal with Bahrain and the UAE which is expected to open up trade between the countries.

Earlier this year, EL AL also announced it would begin flights to Dubai as part of its Liege freighter operation.

Meanwhile, DHL has also conducted flights between the UAE and Israel.