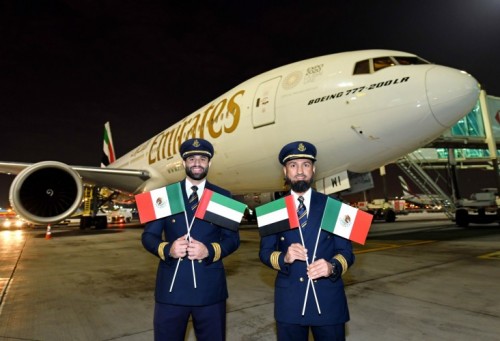 Emirates has added 98 tonnes of cargo capacity per week to the Mexico City market with its new daily B777-200LR flights.

The airline today celebrated the inaugural flight of its new daily service from Dubai to Mexico City via Barcelona.

The airline said the new 777 flight will also offer up to 14 tonnes of cargo, opening up access to more global markets for Mexican exports such as avocados, berries, and other fresh produce.

Emirates SkyCargo has been flying freighters to/from Mexico City since 2014 already and since April 2018 has carried over 33,000 tonnes of cargo of cargo on the route.

Mexico City is the largest city of Mexico and the most populous city in North America and accounts for nearly a third of the nation’s GDP.