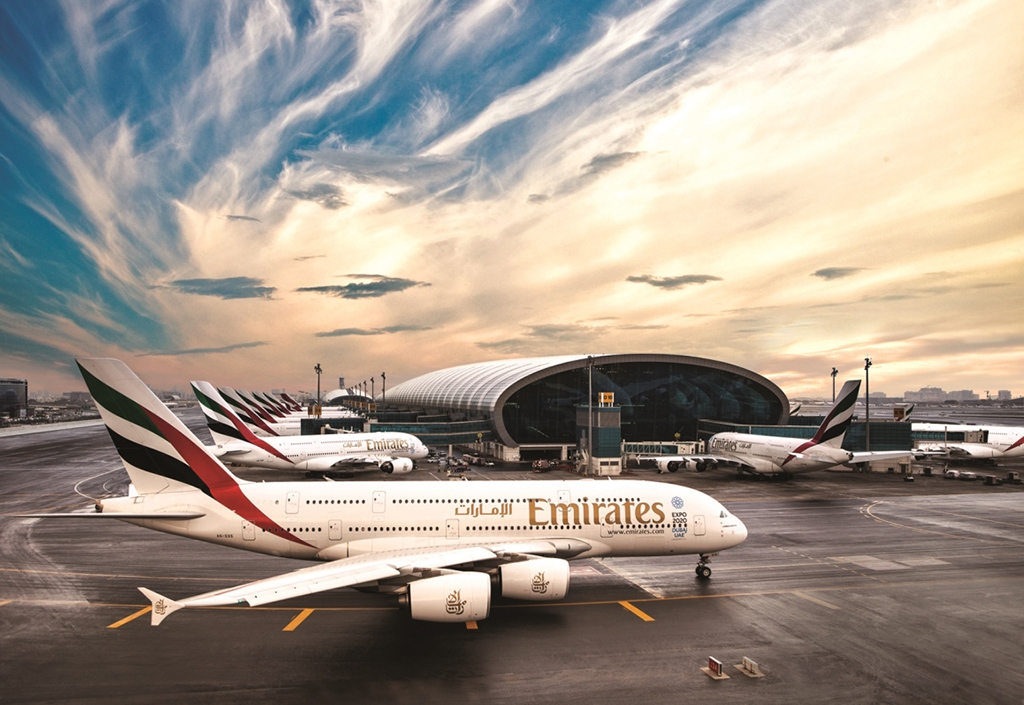 Dubai’s Emirates Skycargo outpaced the airfreight market with a 10% rise in volumes to 1.25m tonnes during the first six months of the financial year.
Emirates Group, which includes ground handler dnata, described the airline cargo figures from April to September as “a solid performance that continues to buck the market trend”.
Emirates’ cargo arm —  with a fleet of 13 Boeing 777s and two B747s — is weighing up further freighter orders after it took delivery of the final all-cargo aircraft on its current orderbook earlier this year.
In February this year, Emirates Skycargo rolled out an all-inclusive freight rate that did away with separate pricing components based on weight/volume plus fuel and security surcharges.
Dnata continued to grow its international business footprint, investing in infrastructure and operations which now span 74 countries. In the first half of 2015-16, dnata’s international operations accounted for over 67% of its total revenue. In July, dnata struck a deal to acquire Aviapartner’s cargo handling operations at Schiphol airport.
Across its operations, the number of aircraft handled by dnata increased by 21% to 169,951, and it handled 917,000 tonnes of cargo, an increase of 10% over last year.
In the first half of the 2015-16 financial year, airline Emirates net profit is AED3.1bn ($849m), up 65% from the same period last year.
“This performance reflects the impact of lower fuel prices, and also the airline’s continued ability to grow passenger demand in line with significant capacity growth, despite external challenges such as continued regional unrest and economic malaise in many regions, and increased competition adding downward pressure on yields,” said the parent group.
Sheikh Ahmed bin Saeed Al Maktoum, chairman and chief executive, Emirates Airline and Group, said: “Our top-line figures were hit hard by the strong US dollar against other major currencies. The currency exchange situation, combined with ongoing regional conflict and weak economic outlook in many parts of the world, dampened the positive impact of lower fuel prices during the first half of our 2015-16 financial year.
"However, we made a calculated decision not to hedge our fuel purchases, which paid off as fuel prices continued to soften. Emirates also made the decision to pass on savings from the lower fuel prices to our customers by cutting passenger fuel surcharges, and lowering fares across the network.”
He added: “That the group is reporting one of its most profitable first half-year performances ever, speaks to the strength of our underlying business.
"In first six months of this year, Emirates and dnata grew in terms of capacity, capability and global reach – organically, and for dnata through strategic acquisitions as well. Looking ahead, we will continue to build on our core strengths by investing in new ways to improve efficiencies and deliver the best customer outcomes.
"At the same time, we will keep an eye out for strategic growth opportunities, and stay agile so that we can respond effectively to external challenges.”