Emirates continues to expand A380 coverage 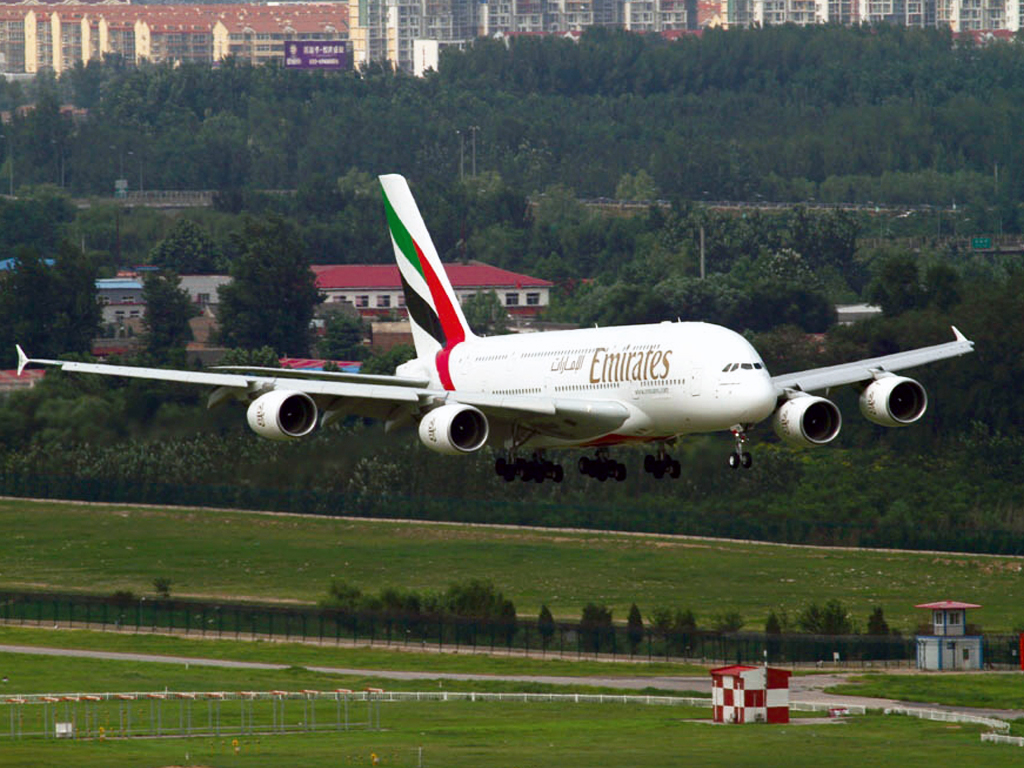 Following hard on the heels of its announcement that it will move to an all-Airbus A380 operation on its Dubai – Manchester route, Dubai-based Emirates Airline has confirmed that it is to operate the super-jumbo on its connection between Dubai and Guangzhou from October 1.
This latest announcement also follows the airline’s recent confirmation that it will deploy the A380 on its services to Milan on 1 October this year and then to Johannesburg from 1 February next year.
Guangzhou will add to the more than 40 destinations currently served by Emirates A380s – including Beijing and Shanghai in mainland China, the Chinese Special Administrative Region of Hong Kong, Taipei, London, Paris, Sydney, Toronto, Auckland, Bangkok, and Seoul.
Since the route’s inauguration in 2008, Emirates has flown a Boeing 777-300ER aircraft on its daily flights between Guangzhou and Dubai.
An Emirates statement asserted that the carrier is “keen to support China’s economic, trade and connectivity ambitions as China looks to connect the world through the Belt and Road Initiative”.
With a wide-ranging network across Africa, Europe, the Middle East and Central Asia, Emirates serves 56 cities in 31 of the 65 countries identified as part of the Initiative
The carrier currently operates services to five destinations in Mainland China: Beijing, Shanghai, Guangzhou, Yinchuan and Zhengzhou.