Emirates’ H1 cargo volumes down slightly, while profits under pressure 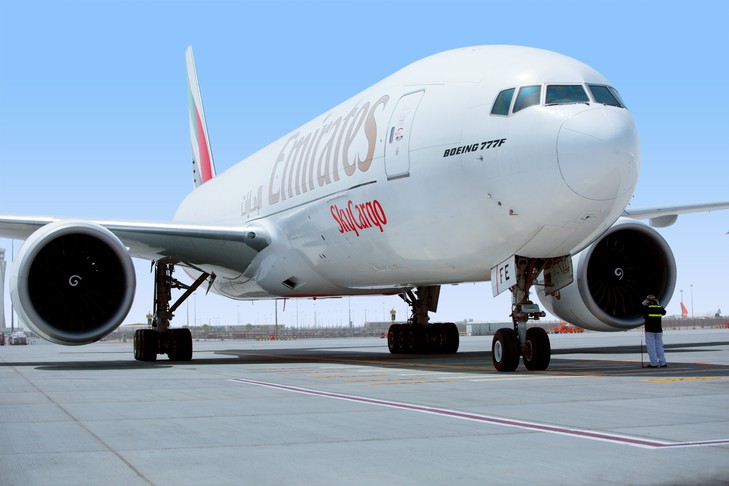 Emirates SkyCargo recorded a slight dip in freight traffic during the first half of the year, while the overall group saw profits slide compared with a year ago.
Figures released today by the Emirates Group show that cargo volumes for the first half of 2019 declined by 1% year on year to 1.3m tonnes while yields were up 11%.
Meanwhile, first-half profit at the airline declined by 86% year on year to $62m despite revenues increasing by 10% to $13.3bn.
“This performance is the result of Emirates SkyCargo’s focussed investments in products and services tailored to key sectors, which gives it a strong competitive edge in a recovering global air freight market,” the company said.
The overall group saw profits decline by 53% year on year to $296m.
Emirates ground handler division, dnata, saw cargo volumes increase by 2% to 1.5m tonnes.
The company said that the decline in profits was largely attributable to increasing fuel costs, which were up 42%, and unfavourable currency movements.
Ahmed bin Saeed Al Maktoum, chairman and chief executive, Emirates Airline and Group said: “Emirates and dnata grew steadily in the first half of 2018-19. Demand for our high quality products and services remained healthy, as we won new and return customers across our businesses and this is reflected in our revenue performance.
“However, the high fuel cost as well as currency devaluations in markets like India, Brazil, Angola and Iran, wiped approximately AED 4.6 billion from our profits.
“We are proactively managing the myriad challenges faced by the airline and travel industry, including the relentless downward pressure on yields, and uncertain economic and political realities in our region and in other parts of the world.
“We are keeping a tight rein on controllable costs and will continue to drive efficiency improvement through the implementation of new technology and business processes.”