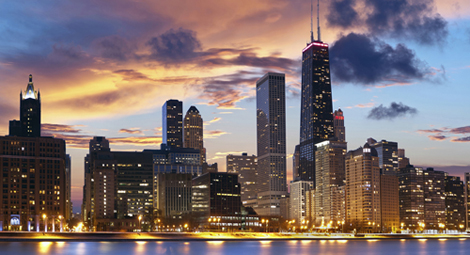 EMIRATES is launching a daily B777-200LR service to Chicago’s O’Hare International Airport in August.
It will become the airline’s ninth US gateway, following the commencement of services to Boston, Massachusetts this month.
Chicago has long been a US destination Emirates has wished to serve, admits Tim Clark, president of the airline.
“Like Dubai, Chicago is a major global trade and transportation hub with great cultural diversity that is an economic engine for its region,” he adds.
Chicago, Illinois is the third largest city by population and GDP in the United States, with a population of 2.7 million.
In addition to carrying passengers, the aircraft will also carry up to 17 tonnes of cargo to further increase the trade opportunities between Dubai and Chicago.
Emirates already operates a twice-weekly dedicated freighter service to Chicago which, in 2013, carried nearly 7,400 tonnes from the city and more than 4,200 into the city.