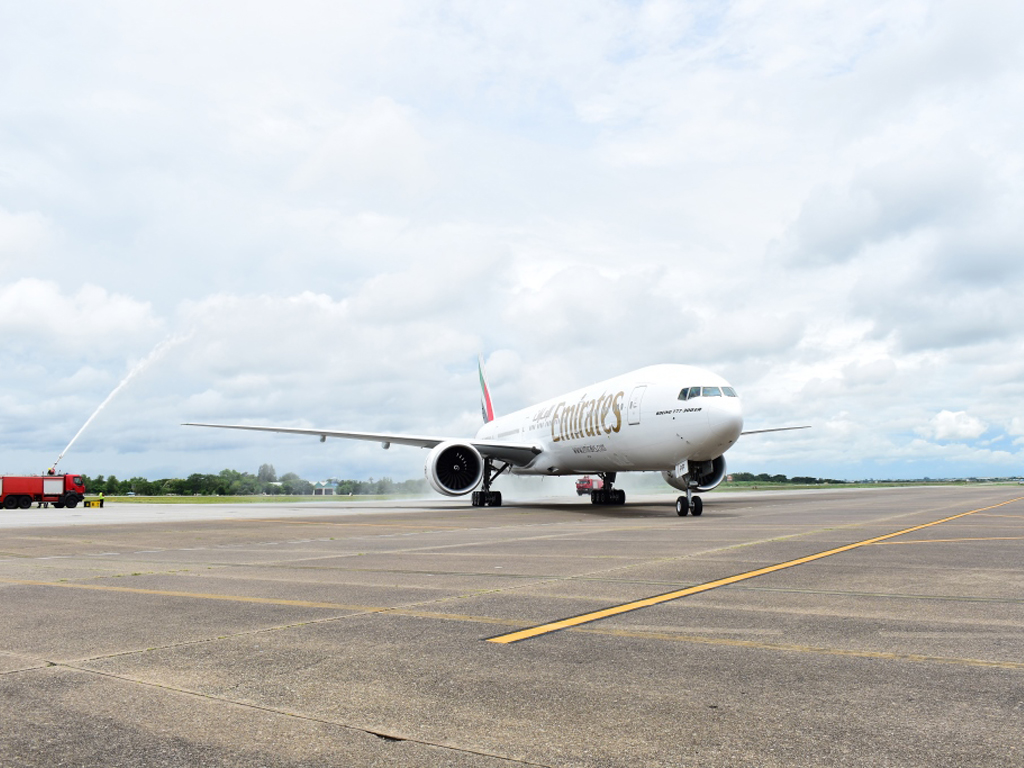 On 3 August, Emirates launch a daily, linked service that flies from Dubai to Yangon in Myanmar, before going onwards to Hanoi in Vietnam.
Operated with Boeing 777-300ER equipment, the new service expands the airline’s network in Southeast Asia to 12 cities across seven countries.
Yangon is the first destination within Myanmar to be served by Emirates. The country has one of the fastest growing economies in Southeast Asia, the carrier notes.
As Myanmar’s largest city and most important commercial centre, Yangon contributes approximately a fifth of the country’s GDP.
Hanoi, the capital of Vietnam, is the Dubai-headquartered carrier’s second gateway within the country. Emirates has also served Ho Chi Minh City since 2012.
There are significant opportunities for Emirates SkyCargo, the airline’s freight operation, on the new service. According to a spokesperson for the carrier: “Emirates SkyCargo is offering up to 20 tonnes of belly-hold cargo capacity on its daily service to Yangon and Hanoi operated by a Boeing 777-300ER aircraft.
“This is in addition to the cargo capacity we already offer on our thrice-weekly freighter services to Hanoi.
“Popular exports on this route are expected to be manufactured garments and seafood from Yangon, and perishable products and electronics from Hanoi.
“Emirates SkyCargo is offering businesses in Yangon and Hanoi the possibility of connecting to customers through its global network of over 150 destinations across 82 countries on six continents,” the spokesperson concluded.