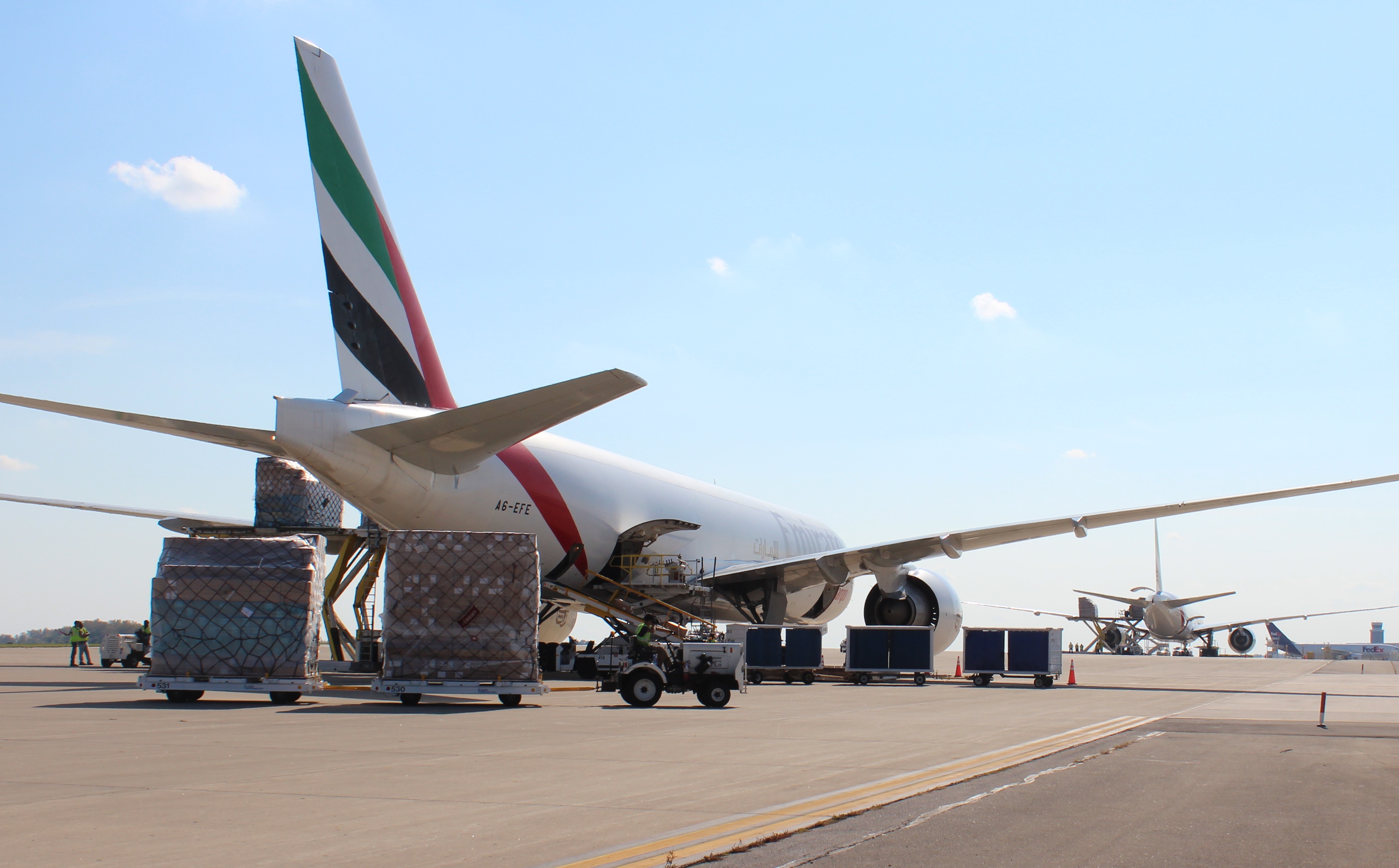 Emirates SkyCargo and dnata both saw their cargo volumes decrease in the first half of the year as a result of difficult market conditions and a runway refurbishment.

On announcing half-year figures, the Emirates Group said that cargo volumes handled by its airline division decreased by 8% year on year to 1.2m tonnes, while yields declines by 3%.

“This reflects the tough business environment for air freight in the context of global trade tensions and unrest in some key cargo markets,” the airline group said.

Performance was also affected by the 45-day runway closure at DXB at the start of the year.

In the UAE, dnata acquired full ownership of freight forwarding company, Dubai Express, which bolstered its revenues in the first half year of 2019-20, and helped soften the impact of losses due to the runway closure.

Looking at overall half-year financial performance, revenues at the Emirates Group declined by 2% year on year to $14.5bn, while profits increased by 8% to $320m.

The overall revenue decline was caused by the runway closure and currency fluctuations.

The profit improvement was primarily due to the decline in fuel prices of 9% compared with the same period last year.

However the gain from lower fuel costs was partially offset by negative currency movements. 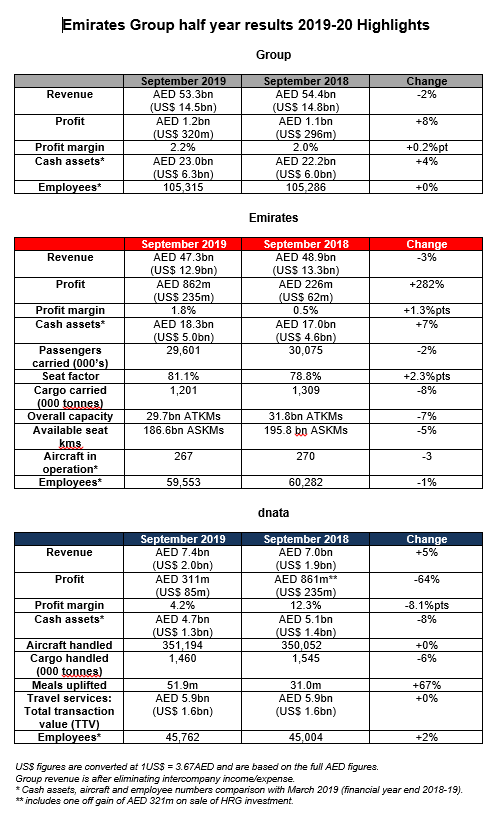