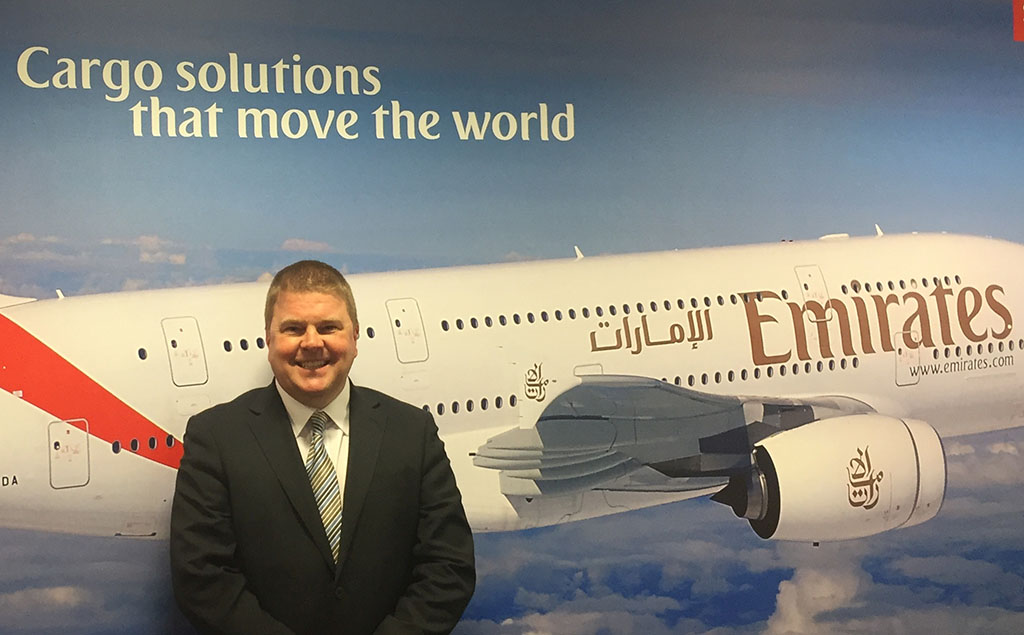 Emirates SkyCargo has appointed Ross Barnett as UK cargo manager.
With over 30 years’ experience in the industry, he joined Emirates in 1995 and was most recently cargo manager for Northern England and Scotland where he was responsible for over 20 staff based in the region.
Now based in London, he will oversee a total of 45 staff, as his remit expands to encapsulate the whole of country. He will also oversee cargo operations for 18 daily passenger flights and two Heathrow freighter services.
Emirates exported more cargo from the UK than any other airline for the first time in December 2016, according to IATA figures.
Traffic was up 29% on the same month in 2015, to nearly 5,700 tonnes. Total cargo volume flown by the UK arm between January 2014 and December 2016 was nearly 190,000 tonnes.
Emirates SkyCargo has recently developed a number of ‘vertical’ offerings aimed at specific markets including SkyPharma, for temperature sensitive pharmaceuticals, and SkyWheels, for the transportation of luxury cars.
Emirates SkyCargo is also the first cargo airline in the world to obtain GDP certification for its hub operations covering two airports, Dubai International and Dubai World Central together with the bonded trucking service between them.