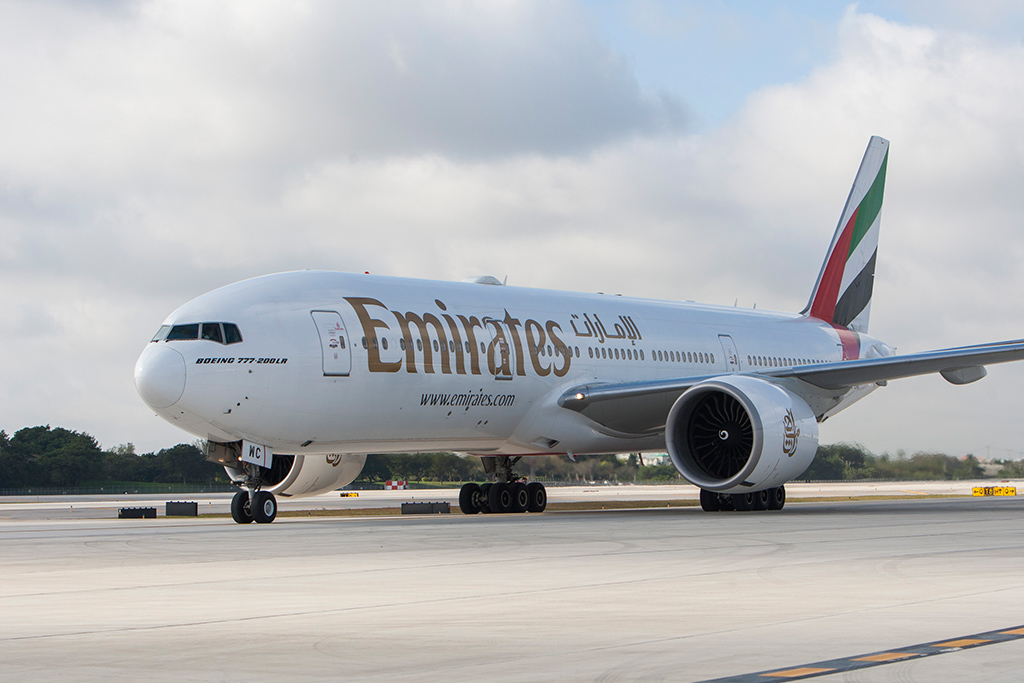 Emirates SkyCargo has added Fort Lauderdale, Florida, to its network of US destinations with the launch of a daily Boeing 777-200LR passenger service with bellyhold capacity.
Emirates SkyCargo also offers belly hold cargo capacity on its daily passenger service to Orlando, Florida, bringing the total cargo capacity offered to the state to over 330 tonnes per week.
The Middle East airline said that the top exports from Fort Lauderdale are expected to include healthcare equipment including surgical and laboratory equipment, pharmaceuticals, electronics, aerospace components, aviation and shipping spares, perishables including cheese, seasonal fruits and vegetables and mail.
Top imports into the region are likely to include pharmaceuticals, aerospace components, electronic and electrical goods.
Emirates offers belly hold cargo capacity on passenger flights to Boston, Chicago, Dallas, Houston, Los Angeles, New York, Orlando, San Francisco, Seattle and Washington D.C. The UAE carrier also operates freighter services to Atlanta, Chicago, Columbus, Houston, Los Angeles and New York.
The airline  offers a total cargo capacity of over 2,000 tonnes per week from the US on its global network. For the financial year 2015-16 Emirates SkyCargo uplifted over 90,000 tonnes of exports from the world’s largest economy.
Exports from the US included cherries from Seattle, fresh seafood and medical equipment from Boston, pharmaceuticals from Chicago, oil and gas equipment from Houston and engines and aircraft parts from Atlanta.