Emirates to fly the A380 to Houston 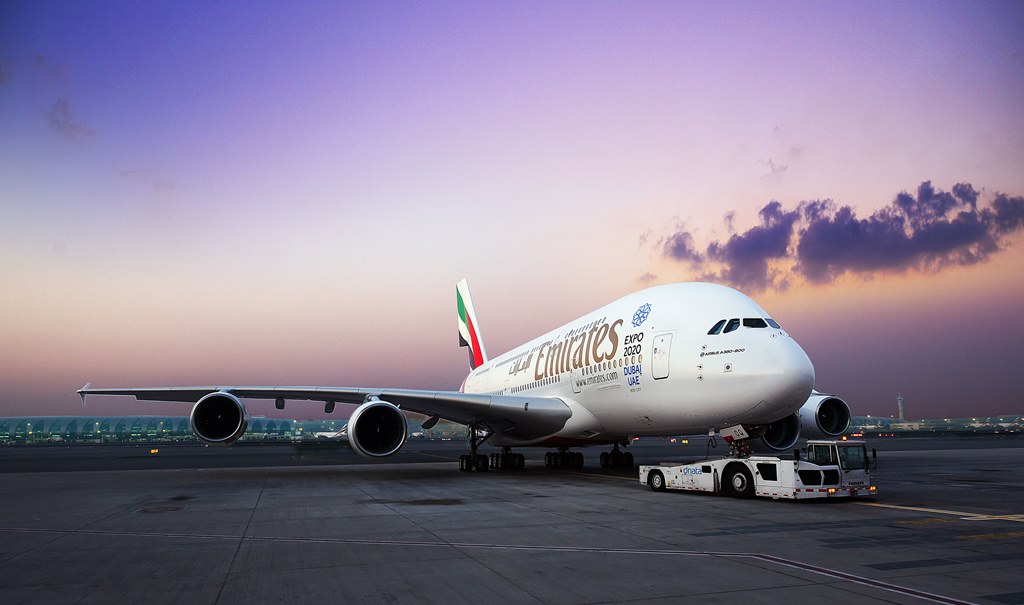 Emirates Airline is to return the Airbus A380 to its service linking Houston’s George Bush Intercontinental Airport and Dubai International Airport from 1 June this year.
The decision to return to the use of A380 equipment on the Houston connection, replacing Boeing B777-300ER aircraft, follows the airline’s recent adjustments to its US services with the confirmation of the launch of a new non-stop Dubai – Newark service from June 1 and the resumption of daily services to Fort Lauderdale and Orlando prior to that on March 25.
Houston will join more than 40 destinations on Emirates’ global network served by A380s, including Mumbai, Kuala Lumpur, Singapore or Kuwait.
Emirates celebrated 10 years of service to Houston in December. Services to Houston were upgraded to A380 equipment in December 2014, but as part of a subsequent reshuffle, the decision was made in July 2016 to operate the route with B777-300ER aircraft.
Emirates said that, “With the energy sector recovering and playing a large role in Houston’s resurgence”, it has now taken the decision to reinstate the A380 on the route from 1 June “in line with commercial demand”.
And the A380 is to pay a one-off visit to Beirut
Emirates is to operate a one-off A380 flight to Beirut on March 29. It will be the first-ever scheduled A380 service to Beirut, and Emirates is working with Rafic Al Hariri International Airport to test the infrastructure and operational procedures required to handle the double-decked aircraft.
Emirates divisional senior vice president commercial operations, centre Sheikh Majid Al Mualla said: “We are proud to fly our A380 for a one-off test service to Beirut, which continues to be an important destination for us in the region.
“Bringing this popular aircraft to Lebanon represents a significant milestone in our operations to Beirut after 27 years of serving the country.
“This year also marks the Emirates A380’s 10th anniversary since joining our fleet,” he observed.
Lebanon’s ministry of transport, Youssef Fenianos, added: “ We are looking forward to more co-operation between Lebanese Civil Aviation and Emirates, taking into consideration that in the near future we will witness a considerable expansion and development of our airport to increase its capacity to more than 8 million passengers per year.
“Of course, such achievements will play a very important role in optimising our airport to be ready to host more widebody aircrafts on a regular basis.”
Emirates first started operating flights between Dubai and Beirut with a three times a week service operated by B727. Since then, Emirates has developed its links to Lebanon and currently offers three daily flights to Beirut with a mix of B777 aircraft.
Since 2015, Emirates has transported over 54,000 tons of cargo to and from Lebanon, supporting the nation’s exporters.
The major commodities exported from Lebanon bound for the UAE and beyond across the Emirates network include fresh and frozen fruits and vegetables.
Emirates currently has 101 A380s in service, with another 61 pending delivery, more than any other airline.
The airline also recently announced a US$16bn (AED58.7bn) deal for 36 additional A380 aircraft. Emirates currently operates the A380 to 48 destinations around the world.