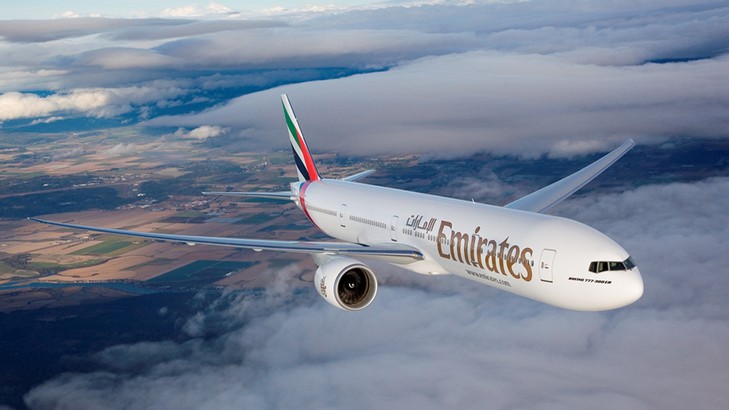 Emirates‘ passenger fleet retirement plan and delivery schedule for 2016 will result in an increase in its potential cargo carrying capacity.
The Dubai-headquartered carrier will retire 26 aircraft next year; 12 A330-300s, four A340-300s, one A340-500, six Boeing 777-200ERs, two Boeing 777-300s and one Boeing 777-300ER.
In addition, 13 more aircraft will be retired in 2017 and another 13 will be retired in 2018.
However, the airline’s fleet will still expand next year as it is due to take delivery of 36 new aircraft; 20 A380s and 16 Boeing 777-300ERs.
This means that while 6,906 m3 of potential cargo carrying capacity will be joining its fleet next year, 4,574 m3 will be leaving, resulting in an increase of 2,332 m3.
Emirates said its new arrivals are recognised as some of the most efficient and quiet commercial airplanes available, emitting on average 12% less carbon dioxide than the aircraft being retired.
“At the end of 2016, the aircraft retirements and new deliveries will put Emirates’ average fleet age at 5.6 years, dramatically younger than the global average,” Emirates said.
“A recent analysis shows the average fleet age for the top five airlines in North America is 13.6 years, while the average fleet age for the top five airlines in Europe is 10.7 years.”
Currently, the total number of aircraft in the Emirates fleet stands at 244.
In 2015, the airline received 26 new aircraft, including 15 A380s, 10 Boeing 777-300ERs and one Boeing 777 Freighter.
The airline has 262 additional aircraft on order, worth over $120bn at list prices. Its order book includes 71 Airbus A380s, 42 Boeing 777-300ERs, 115 Boeing 777-9Xs and 35 Boeing 777-8Xs.
Emirates SkyCargo has now received all the freighters it had on order. However, the airline told Air Cargo News it was currently considering a new round of freighter orders.