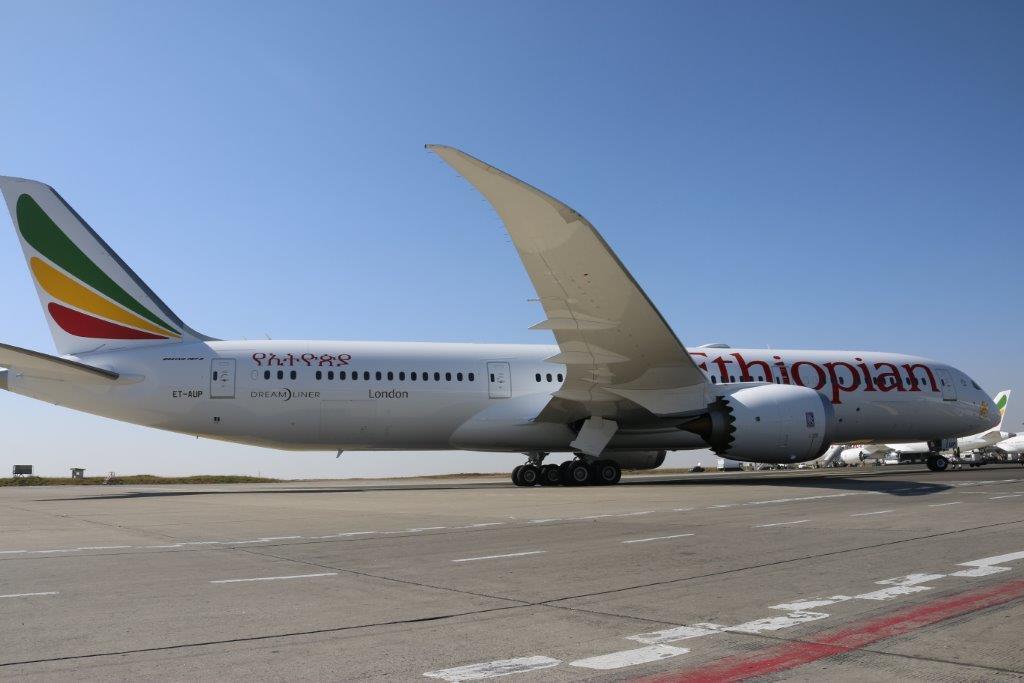 Ethiopian Airlines took delivery of its second Boeing 787-9 Dreamliner on November 21, less than a month after it received its first aircraft of the same type.
The new aircraft brings the carrier’s total fleet to 95. Ethiopian recently confirmed an order for four B777 Freighters – a new order for two of the aircraft type, plus a firmed-up order for another two that had already been announced as a commitment in June.
Ethiopian’s cargo operations currently take in 39 destinations in Africa, the Middle East, Asia and Europe, and include a new state-of-the-art cargo terminal that was opened in June.
The airline’s 15-year strategic plan, ‘Vision 25’, aims to transform the airline into the leading aviation group in Africa not only with regard to passenger and freight transportation but also in express, MRO, training, in-flight catering and ground services.