Ethiopian signs up for two more B777Fs at Paris 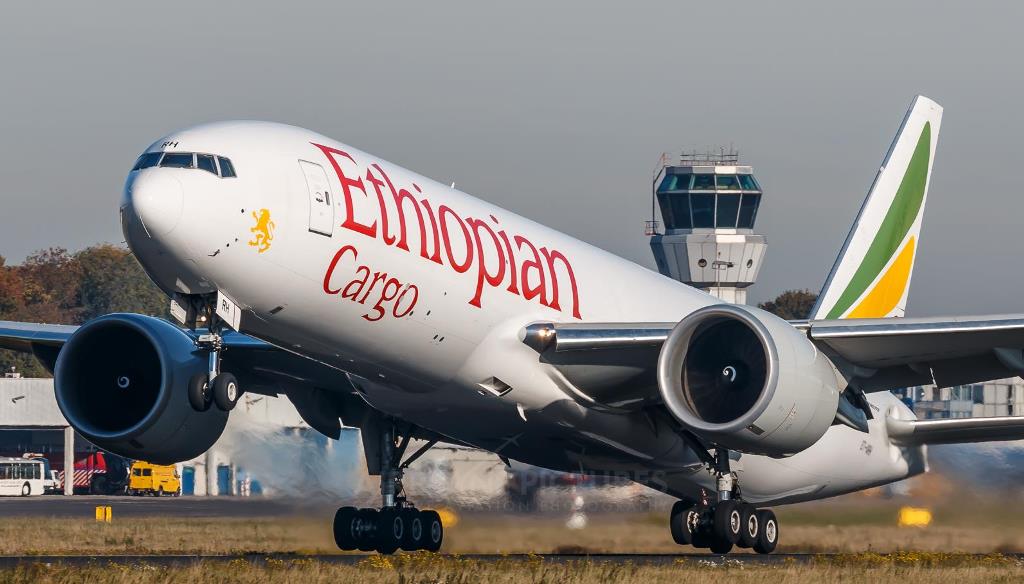 Ethiopian Airlines has announced a deal to purchase two Boeing 777 freighter aircraft as it continues to expand rapidly its cargo operations.
The deal is valued at $651.4m at list prices and follows on from an order for ten B737 Max 8 passenger aircraft announced yesterday.
The freighter order is just ahead of the official opening of its new $150m cargo terminal set for the end of the month. The airline currently operates a freighter fleet of six B777Fs and two B757-200Fs.
Ethiopian Airlines group chief executive Tewolde GebreMariam said: "Building one of the largest cargo terminals in the world and operating new-generation, high-performance aircraft reflects our commitment in expanding and supporting the exponentially growing imports and exports of our country in particular and the African continent in general.
"The commitment to purchase two B777 freighters is expected to boost the Ethiopian Cargo & Logistics Services."
He continued: "The B737 MAX will form a key component of our strategic roadmap, vision 2025, enhancing our single-aisle fleet and keeping us at the forefront of African aviation. This is a continuation of the longstanding and commendable business partnership we had established with Boeing."
The B777F, the world’s longest-range twin-engine freighter, is based on the technologically advanced B777-200LR passenger airplane and can fly 9,070 km with a full payload of 112 tons.
"The B777 freighter’s range capability, combined with its enhanced cargo capacity, makes it the perfect airplane for Ethiopian to continue to profitably grow its global freighter service, linking trade routes between Africa, Europe, the Middle East and Asia," said Ihssane Mounir, senior vice president, global sales & marketing, Boeing Commercial Airplanes.
"Ethiopian’s 737 MAX order is a continued endorsement of the airplane’s efficiency, range, reliability and operating costs."