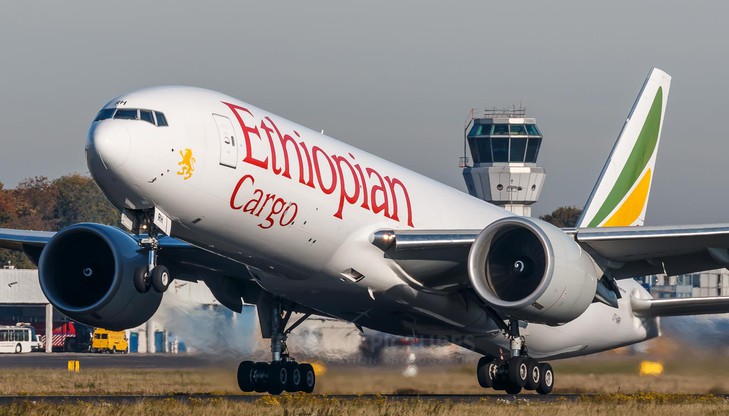 Rapidly expanding Ethiopian Airlines is set to add even more cargo capacity to African trade lanes with the launch of services to seven new destinations in the first five months of the year.
The Addis Ababa hubbed airline announced this morning that between January and June it will launch new services to Victoria Falls (Zimbabwe), Antananarivo (Madagascar), Conakry (Guinea), Oslo (Norway), Chengdu (China), Jakarta (Indonesia) and Singapore.
The airline, which will open a new cargo hub in April,  aims to offer services to 120 international destinations by 2025. With these new additions it will offer flights to 98 cities with its fleet of Boeing 777, Airbus A350, B787 and Bombardier Q-400 aircraft.
Ethiopian Airlines chief executive Tewolde GebreMariam said: “Africa’s share of the Global Aviation is the smallest which is only around 3%. As the largest airline group in the continent, we are highly concerned on the low base of air connectivity in the continent.
“Looking beyond the current economic slowdown especially in the oil export dependent economies of Africa, we firmly believe that the continent will become the magnet for foreign direct investment, trade and tourism, which are the engines of air travel growth and in turn efficient air connectivity also drives socio-economic development and we are happy to contribute our share in the 21st Century African Transformation.”
African carriers currently have weaker cargo load factors than any other region.
In November, IATA statistics showed that cargo load factors declined year on year for the 19th consecutive month to reach 25.3% – the lowest level of any region monitored by the airline organisation.
The reason for the decline in load factors is capacity additions rather than weak demand. In November African carriers recorded a 10.9% improvement in freight tonne km demand terms compared with 2015 levels, but this was outstripped by a 26.9% increase in capacity.
Click on the chart below to access an interactive or here to view the ACN data hub 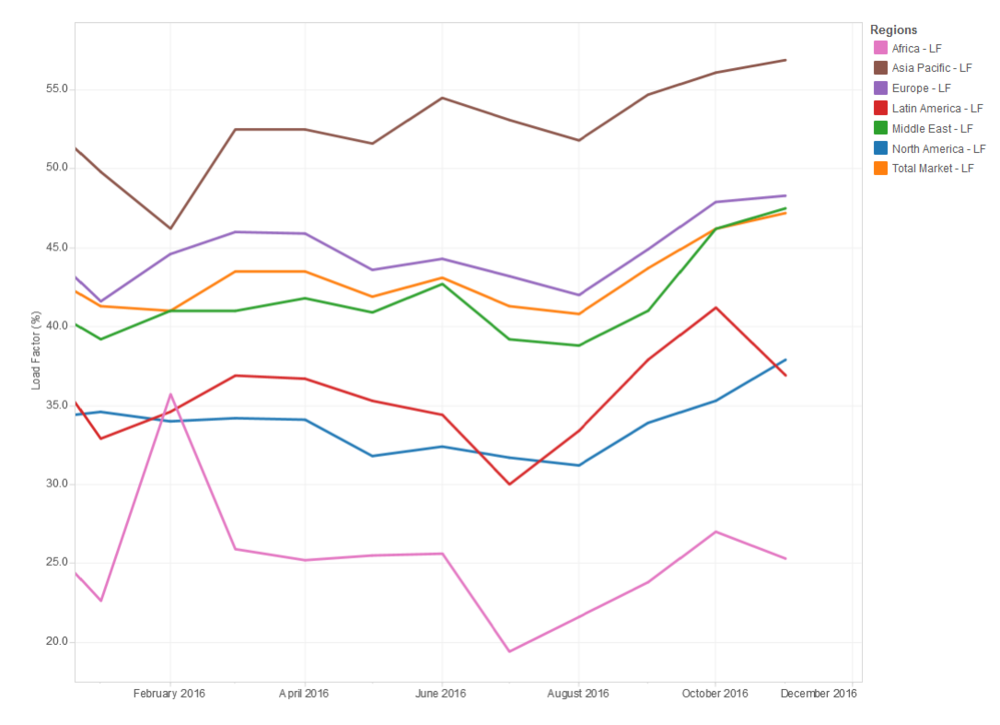