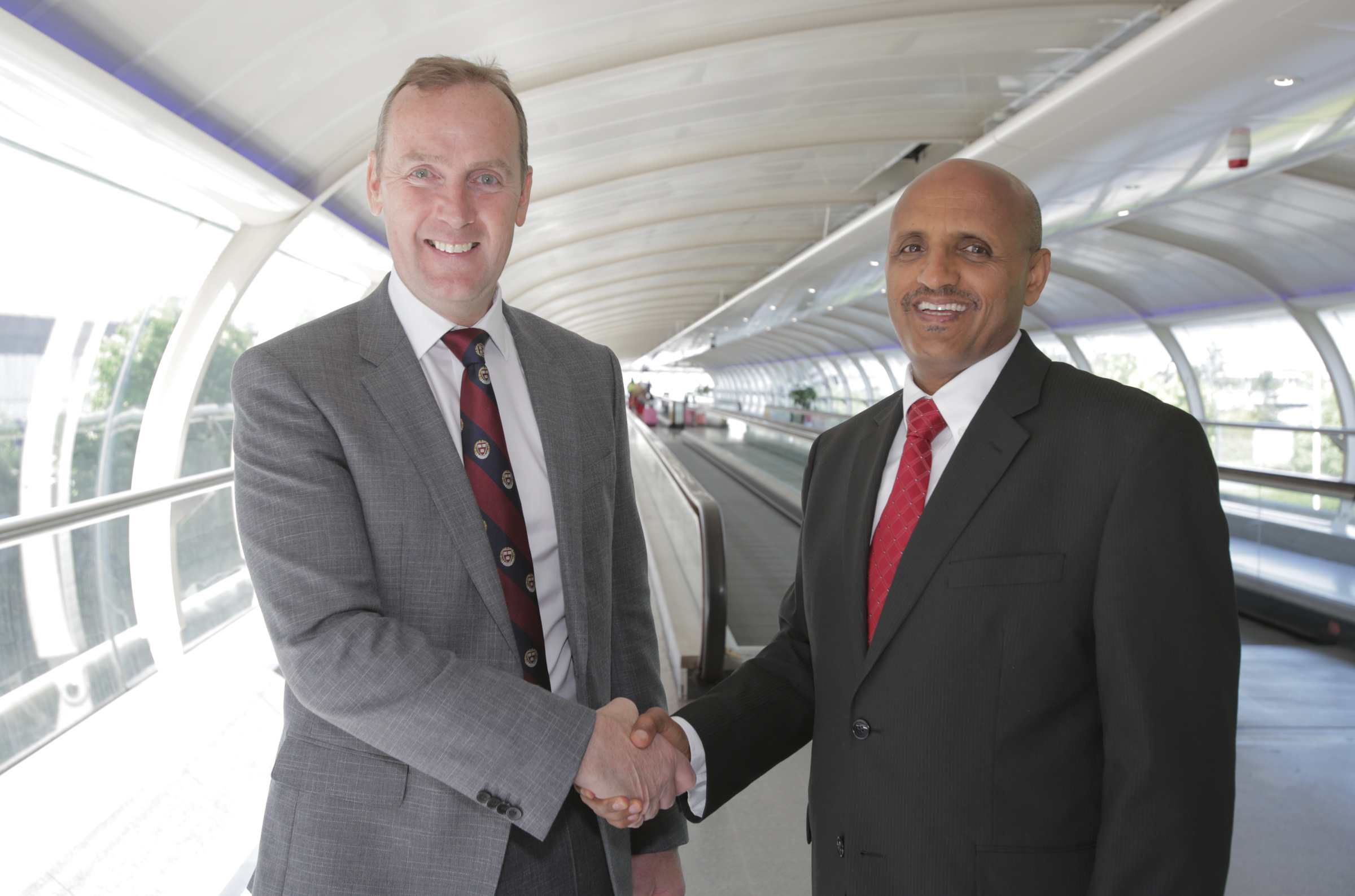 Ethiopian Airlines is to launch flights from its home hub of Addis Ababa Bole International Airport to Manchester Airport before the end of this year.
The carrier will operate the route, which will initially at least transit via Brussels, with B787 ‘Dreamliner’ aircraft four times a week from December.
According to the UK gateway’s operator, Manchester Airport Group (MAG), the “landmark route into the heart of Africa” will highlight the airport’s “pivotal role in connecting the North [of the UK] to the world’s most important markets”.
As such, MAG noted, the service will represent a “key trade route” for Northern UK businesses, “opening up fresh export opportunities and delivering cost and journey time savings to those already operating there”.
Manchester Airport chief executive Andrew Cowan declared: “The introduction of this route underlines the critical role Manchester Airport plays in connecting the people and businesses of the North to the world’s most important markets.
“While we have served a number of African holiday destinations for many years, this service will provide vital connectivity to one of the continent’s most important hub airports.
“That will unlock dozens more destinations across Africa through Ethiopian Airlines’ unrivalled network, meaning the North will be better connected to this part of the world than ever before,” Cowan said.
Ethiopian has been serving London Heathrow since 1973; Manchester will represent its second destination in the UK.
The carrier’s chief executive, Tewolde Gebremariam, said: ““The socio-economic implication of the new flight is immense.
“With vast investment and trade potentials between Africa and the UK, the upcoming flight holds the promise of boosting trade, investment and tourism with ample business opportunities for investors and business people from both regions.”
Ethiopia is Africa’s second-largest country by population.
In April, Manchester Airport handled 9,471 tonnes of cargo, up by 1.4% year-on-year.