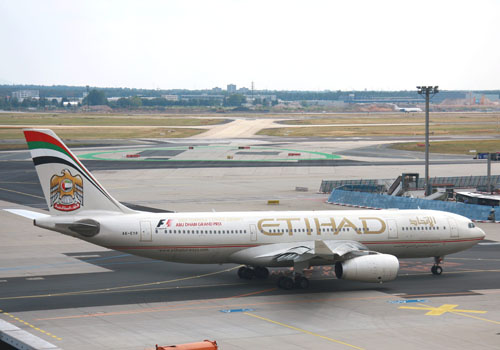 ETIHAD Airways is to launch six new routes in the first half of 2015.
The national flag carrier of the UAE will operate daily flights from Madrid, Edinburgh, Kolkata Entebbe.
It will also run four flights a week to Hong Kong and three a week to Algiers, says a company statement.
Existing daily flights to Brisbane via Singapore, will become direct services from next June, offering the first non-stop connection between the city and Abu Dhabi. The route will be operated using a B787-9 Dreamliner.
Further service upgrades include the introduction of an A330-300 aircraft on daily flights to Singapore and a B787-9 Dreamliner on daytime flights to Moscow.
“The expansion will also create new opportunities to enhance our codeshare agreements and align operations with key airline partners, such as Virgin Australia, Jet Airways, Air Seychelles, Air Europa and Kenya Airways,” points out James Hogan, president and chief executive.
“Between Abu Dhabi and Hong Kong, for instance, our four weekly flights will combine with Air Seychelles’ three weekly flights to provide a daily frequency,” he adds.
As part of the carrier’s ongoing fleet development, nine aircraft are scheduled for delivery in the first half of next year, comprising three A380s, three B787-9 Dreamliners and three A320s. Etihad currently operates 102 aircraft, with more than 210 additional aircraft on firm order, plus options and purchase rights for an additional 81.
Share this story