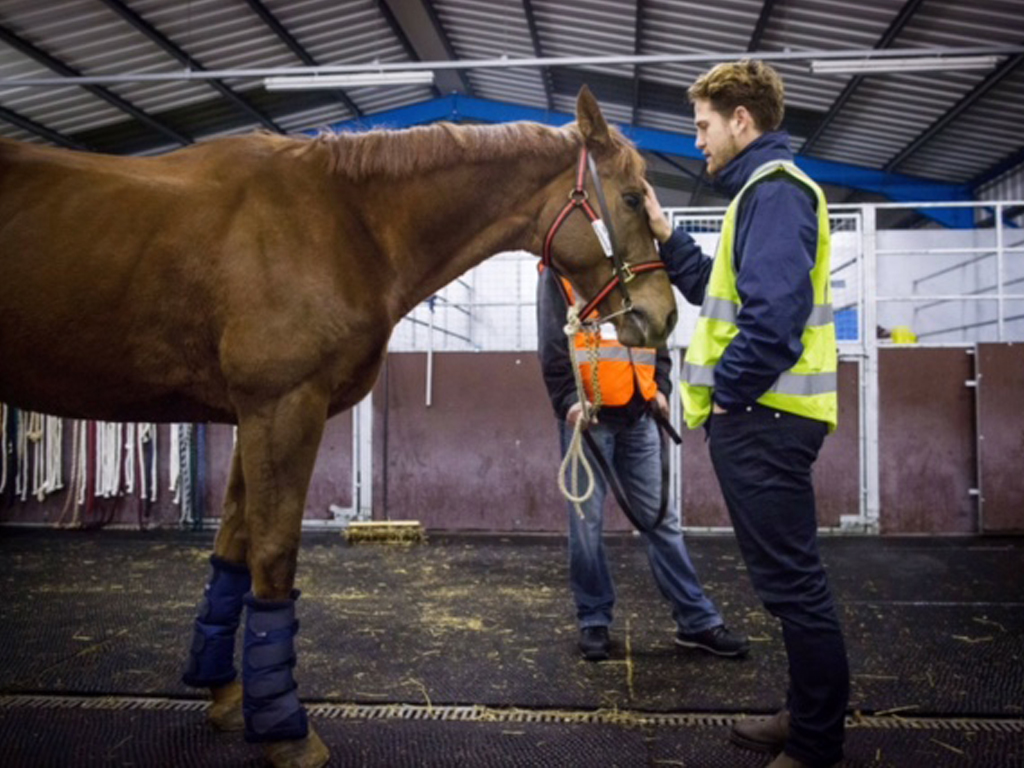 Etihad Cargo, the freight division of UAE flag-carrier Etihad Airways, has flown a total of 72 racehorses on a single flight between London and Kuwait.
Flying out of the UK at the end of the European racing season, the horses were flown to the warmer climes of the Middle East, where they will spend the winter training and in further racing.
The equine cargo, said by Etihad to be worth no less than £36m (US$45m), was flown from London Stansted International Airport to Kuwait City on board one of the cargo carrier’s Boeing 777 freighters.
The B777F also has seating for up to nine grooms to ensure the horses have a safe and as stress-free journey as possible.
In this case, six professional grooms handled the horses during loading, on board the flight and on arrival in Kuwait.
The horses flew in 24 stalls with non-slip floors, each of which holds three horses. The IATA-approved stalls were loaded into the temperature-controlled cargo hold of the aircraft in a careful process which took more than six hours.
David Kerr, senior vice president of Etihad Cargo, observed: “Safety is the most important thing for our equine customers, which is why it is imperative we offer a safe and reliable service on all of our shipments.
“The Middle East has strong ties to these magnificent creatures dating back thousands of years and, to this day, they are arguably the most precious cargo we carry.
“In 2016 alone Etihad Cargo has been entrusted to transport more than 1,200 horses, with several more large shipments scheduled before the end of the year.”
Conan Busby, head of cargo for Manchester Airports Group (MAG), owner of London Stansted Airport, added: “Stansted is the UK’s number one airport for horse travel and handles many specialist flights every year.
“Many of the horses taking part in this year’s Olympic Games and the Queen’s 90th Birthday celebrations passed through Stansted’s dedicated equine facility.
Etihad Cargo operates a fleet of nine freighters – five B777Fs and four Airbus 330Fs – which can be configured to carry up to 75 and 30 horses respectively.
Earlier this month (November), the freight carrier confirmed that it had launched two new B777F services into Abu Dhabi from the UK: from East Midlands and from Stansted airports.
Kerr noted: “We have responded to our customers’ demand for freighter capacity out of Europe, and our freighter fleet gives us the flexibility of deploying capacity when and where it is required.”