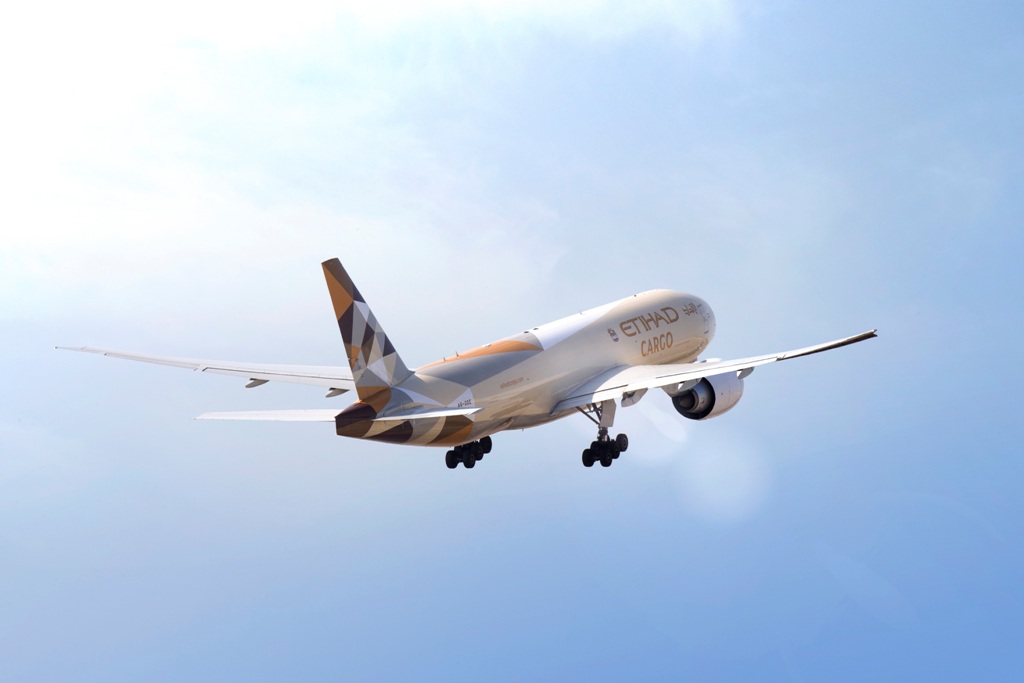 Etihad Airways registered record cargo results last year as the airline ramps up its participation in the industry.

Revenues would also have been boosted by the higher airfreight rates experienced in the market last year.

“2021 was a milestone year for Etihad Cargo,” said Martin Drew, senior vice president sales and cargo, Etihad Aviation Group. “The Etihad Cargo team has worked closer than ever with partners and customers to address their demands and allocate necessary capacity, resulting in a record tonnage of 729,200 tonnes – the highest since 2017.”

The carrier, which operates five B777 freighters, also temporarily modified five Boeing B777 aircraft to support cabin loaded cargo, operating over 800 charter and scheduled cargo flights in the new configuration in 2021.

by mid-2021, Etihad Cargo had announced the recovery of more than 90% of its network compared to pre-Covid. In total, the carrier operated more than 6,000 passenger freighters throughout the year, with freighter utilisation averaging 16.5 hours.

Etihad saw pharmaceutical shipments increase by 85% year-on-year in 2021 as it was the first carrier in the Middle East to be awarded IATA’s CEIV certification for pharmaceutical logistics and launched the first fully compliant origin-to-destination pharma air corridor, between Abu Dhabi and Brussels.

It also was also a founding member of the Hope Consortium, which has to date handled more than 250m Covid-19 vaccine doses to over 40 countries in the Middle East, Africa, Europe, Asia and South America.

In a recent interview with Air Cargo News, Drew said the carrier also benefitted from growing e-commerce demand and modal shift due to congestion in ocean shipping.

Although not a long-term development, Drew expects a continued shift from sea to air this year as the industry continues to recover.

In terms of the supply and demand outlook for 2022, “it will be a year of volatility and capacity constraints – another high pace year, part of the trilogy that started in 2020”, said Drew.

The airline is also looking to ramp up its participation in cargo – earlier this year it ordered seven A350 freighters from Airbus.

The overall airline reported a core operating loss to $476m, although this is an improvement on the $1.7bn loss of a year earlier and marked a continued step towards profitability.

The company also invested in digitalisation and added a new online booking portal, which the airline claims reduces booking time to just 45 seconds.

“Since its launch in October, the company has recorded 36% increase in online bookings within three months of launching the new portal,” the airline said.