Etihad cargo soars in April and May 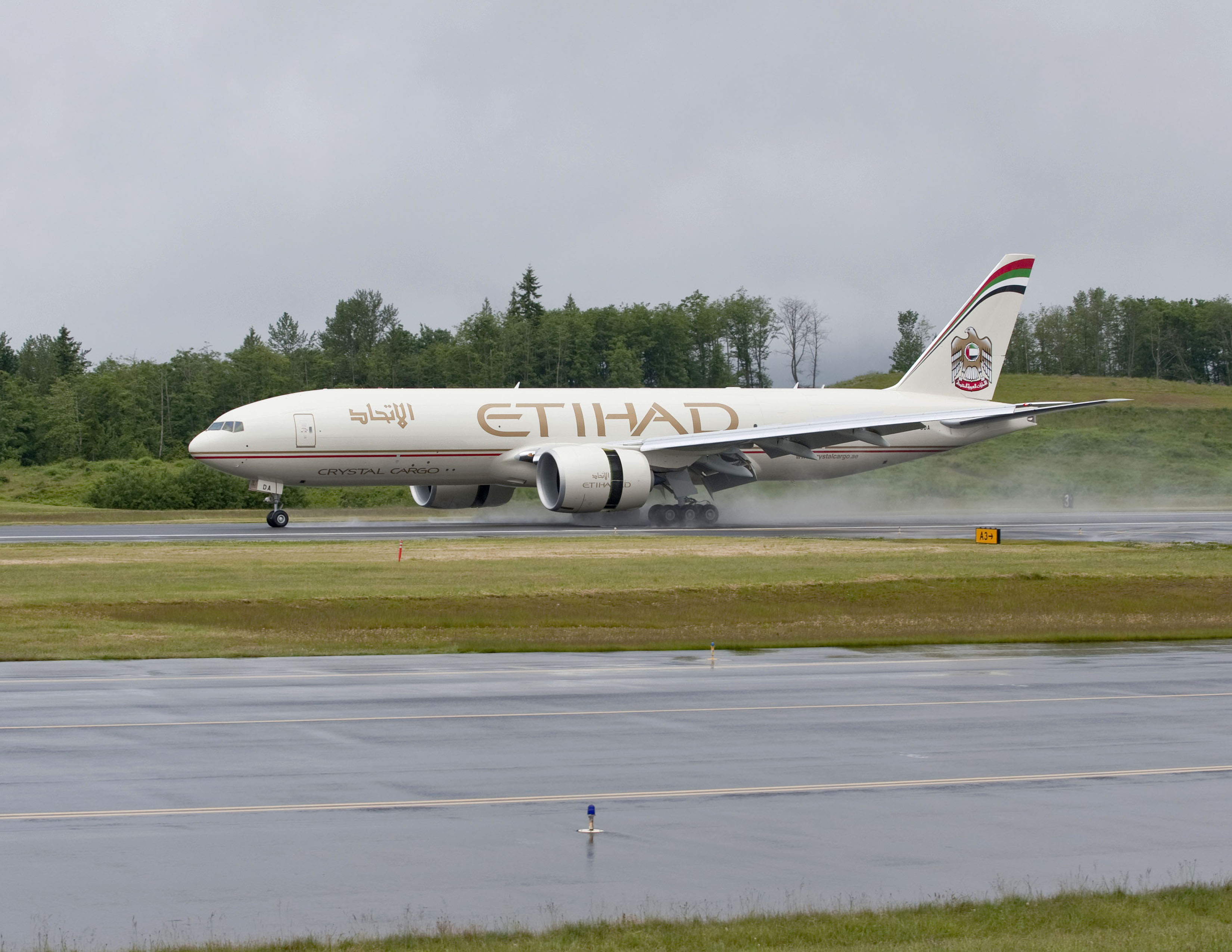 ETIHAD Cargo uplifted record tonnage across the globe in April and May 2014, pushing the carrier into the world’s top 10.
In April, it moved 44,730 tonnes around the world, 30 per cent more than in April last year.
May also saw an impressive performance across Etihad Cargo’s network, with 48,869 tonnes carried, up 31 per cent on May 2013 and nine per cent up on the previous month.
“These figures reflect Etihad Cargo’s continued upward momentum in what has been a strong performing in 2014 to date,” says Kevin Knight, the carrier’s chief strategy and planning officer.
“Moving onto the list of the world’s top 10 is a great achievement.”
The performances in April and May were driven by a combination of factors: better capacity utilisation on routes to and from the Netherlands, the USA and India; more bellyhold capacity to and from Munich, New York and Chengdu; enhanced scheduling; optimised connections and a robust charter business.
“Looking ahead, our growth projections for the remainder of 2014 are on track,” says Knight.
Etihad Cargo takes delivery of a fourth Airbus A330-200 freighter this month and, in the second half of 2014, will have access to more bellyhold capacity when 10 passenger aircraft are added to the fleet, routes to five new passenger destinations are launched, and frequencies to existing points are increased.
Earlier this month Etihad Cargo began offering bellyhold freight capability on Etihad Airways’ new daily services to Zurich and Los Angeles.  In addition, in May a new weekly maindeck freighter service linking Abu Dhabi and Entebbe commenced, a month when freighter services to Almaty, Bangalore and Beijing were also increased to three times per week.
Share this story