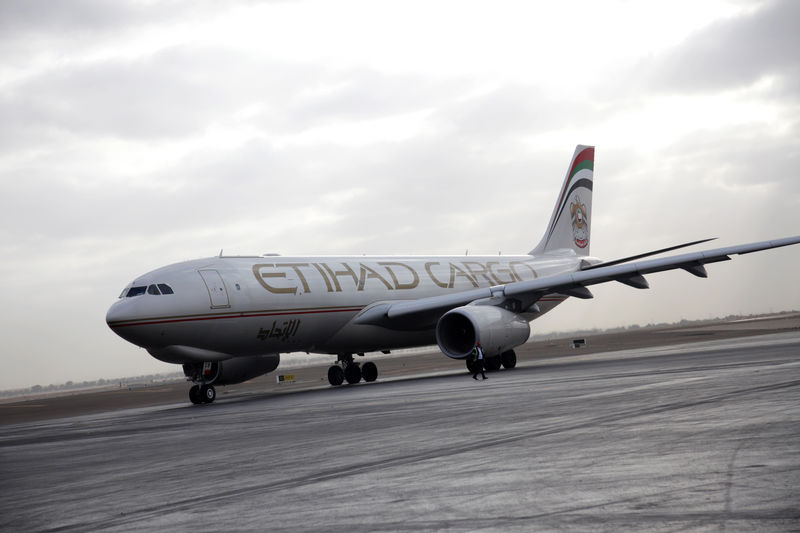 ETIHAD CARGO has launched a weekly freighter service from Abu Dhabi to Dar es Salaam, Tanzania.
The Middle East carrier is using one of its A330-200 wide-body freighters, with heavy uplift capability of up to 64 tonnes, on the route. The return leg from Julius Nyerere International Airport will also stop in Nairobi, Kenya, says a company statement.
Initially, the UAE airline expects the service to carry heavy electronics, medical equipment and food items to Dar es Salaam, with primarily perishables destined for the Gulf region and Europe loaded for the return flights, it adds.
Kevin Knight, chief strategy and planning officer for Etihad Airways, states: “Tanzania is a new market for Etihad Cargo and our weekly Abu Dhabi-Dar es Salaam-Nairobi-Abu Dhabi routing will allow us to capitalise on the strong import and export demand to and from one of the fastest growing cities in Africa.”
The Dar es Salaam service is expected to facilitate trade between the UAE and Tanzania, as well as offer customers across the Middle East, subcontinent and Europe bi-directional maindeck cargo opportunities to and from a major trading centre on the African continent, adds Knight.
Etihad Cargo, the freight arm of Etihad Airways, which offering services to 103 international destinations, operates a fleet of nine freighters, comprising three A330-200Fs, three B777Fs and three B747Fs. It is due to take delivery of a new A330-200F later this month.
Share this story