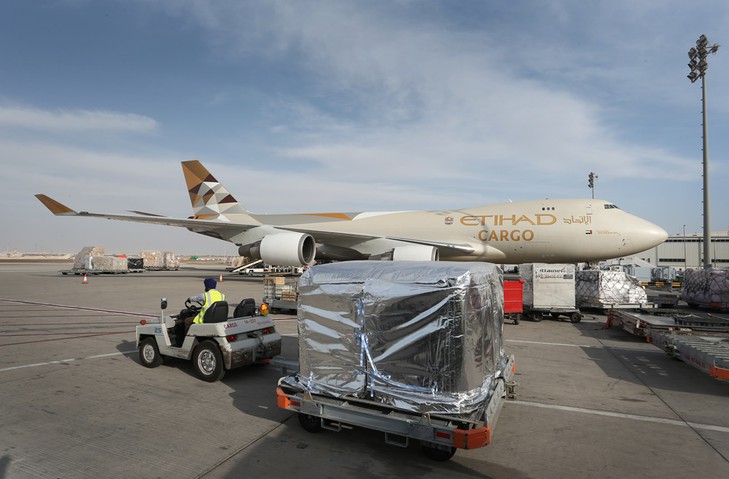 The rapid growth of Etihad Airways and its cargo division was confirmed in its 2014 annual report, with overall revenues and profits increasing by double-digit levels and cargo revenues breaching the billion dollar mark.
During 2014, Etihad Cargo recorded a 19.2% year-on-year increase in cargo revenue to $1.11bn on the back of a 16.8% jump in freight and mail volumes to 569,000 tonnes.
The Abu Dhabi-based airline said that its cargo division had delivered a “standout performance”.
President and chief executive James Hogan said: “Etihad Cargo has consistently outperformed the global market.
“Its impressive 17% growth in freight tonne kilometres in 2014 is four times the industry average.
“Today, Etihad Cargo is one of the largest cargo operators in the world. We are forecasting significant growth for 2015, driven by key initiatives to expand its capacity and scope, and to leverage equity and other partnerships.”
Etihad has ten freighters, a mix of B777, A330 and B747s, plus a modest order book, with one A330F due for delivery in February 2017 and a further B777F set to touch down in 2018.
The overall airline recorded a 26.7% increase in revenues to $7.6bn while net profits increased by 52.1% to $73m.
Hogan also took the opportunity to defend the airline over alleged state subsidies that some in Europe and North America have argued are creating unfair competition.
An European Commission investigation into the issue is ongoing, while the Netherlands recently introduced a ban on extra landing rights being issued to carriers from Middle East Gulf states.
Hogan said: “Although our growth continued strictly to plan in 2014, we are currently faced with unprecedented external challenges.
“Of particular concern has been the rise in aggressive protectionist sentiment in Europe and the US, where both Etihad Airways and its partner airlines are being targeted.
“These attempts to limit competition are detrimental to consumer choice. They threaten to damage the significant progress that our airline has made in offering improved travel connections, product and service standards, and value for money.”
Other major developments during the year for Etihad include; final approval for its 49% investment in Air Serbia. It also invested €560m to acquire a 49% shareholding in New Alitalia, a 75% interest in Alitalia Loyalty, which operates the MilleMiglia frequent flier programme, and the future purchase of five pairs of London Heathrow Airport slots for lease back to Alitalia. 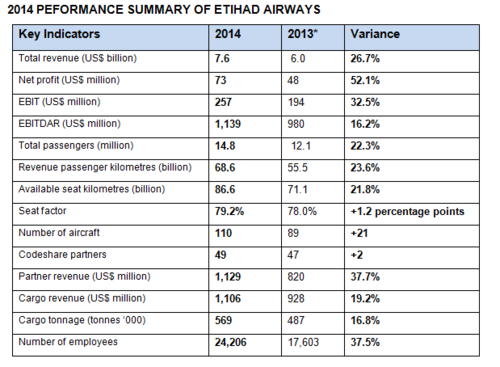 Challenge Airlines IL has become the latest company to achieve the IATA CEIV Live Animal certification. Speaking on the sidelines…