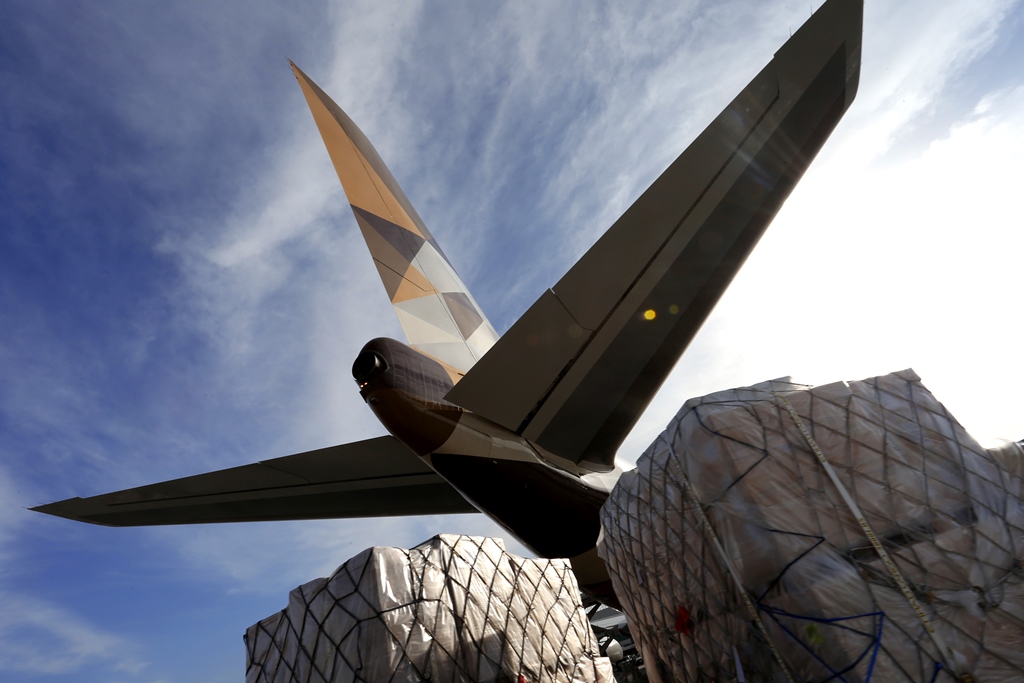 Etihad Airways has reported on what it describes as “another year of sustained growth” in 2016, expansion achieved off the back of new aircraft deliveries, additional frequencies on various services and the introduction of further product offerings.
During the year, Etihad Cargo carried 592,700 tonnes of freight, a figure not dissimilar to that of 2015’s. In 2015, it flew 592,090 tonnes of freight and mail, a 4% increase on 2014.
However, Etihad’s cargo operation expanded its freighter services to several new markets, including Columbus Rickenbacker, Ohio, in the US; East Midlands and London Stansted in the UK; Copenhagen in Denmark; Brussels, Belgium; Addis Ababa and Casablanca in Ethiopia and Morocco, Africa, respectively; Colombo, Sri Lanka; Muscat, Oman; and Zhengzhou in China. These additions brought the number of freighter-only destinations on the Etihad Cargo network to 15.
Over the course of 2016, parent carrier Etihad Airways – which became part of the wider Etihad Aviation Group (EAG) when the latter was formed in May 2016 – operated more than 109,000 scheduled passenger and cargo flights to a total of 112 destinations.
Last year, it launched Venice in Italy, Rabat in Morocco and Sabiha Gokcen in Turkey as new destinations on its network.
Also during the year, the airline took delivery of 10 aircraft: two Boeing 777-200 freighters, three Airbus A380s and five B787s.
A further 12 aircraft are scheduled for delivery in 2017: one A330-200 freighter, nine Boeing 787s and two A380s.
James Hogan, president and chief executive of EAG, commented: “2016 saw sustained growth in a very tough business environment.
“This is where Etihad Airways’ superior products and services show their true value and where the strength of the EAG business model comes into effect through its diversity of businesses, cost effective synergies and global spread of risk.
“Most importantly, in 2016 we were able to introduce our new Group structure, which positions this business for long-term growth and development.”
Looking ahead, Hogan continued: “2017 will be another challenging year. We will continue to expand prudently and efficiently, reflecting the nature of the economic environment.
“We remain optimistic and have every belief that our robust business model will succeed and, most importantly, stand the test of time.”
However, Hogan himself is to leave the airline group in the second half of this year.
He will join an investment company. EAG chief financial officer James Rigney is also leaving the group.
A global search for their replacements is underway, an Etihad statement confirmed last month (January).