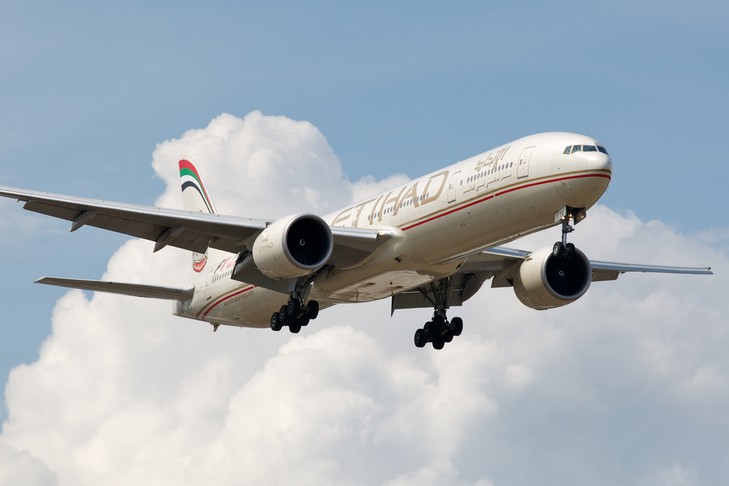 Etihad Cargo has teamed up with the Masdar Institute of Science and Technology to launch a new design of temperature-controlled and energy-efficient air cargo container cool dolly system.
The carrier says that the diesel-powered cooling systems on dollies used at many airports and ground-handling operations use too much energy, are expensive to operate and often often have poor performance.
The new design, unveiled at the World Future Energy Summit in Abu Dhabi on 18 January, uses a custom-made power bank that can be attached to solar panels for recharging; the temperature can be properly regulated while minimising power consumption. It also features thermoelectric module technologies and modified compressor units.
The new cool dolly is designed for cargoes such as pharmaceuticals, livestock and perishables that need to be transferred between the aircraft and cargo warehouses.
It will give Etihad Cargo and the Abu Dhabi International Airport a unique competitive advantage over other airports, the carrier says.

The carrier plans to extend the system to other Etihad locations. A spokesman added: “Every technology we develop or implement always keeps our extended international network in mind. Though Abu Dhabi is our starting point, other geographies and hubs will definitely benefit from this technology.”

Masdar Institute vice president of research, Dr Steve Griffiths, explained: “Our research platform integrates energy and system engineering in a manner that we believe can make a meaningful contribution in transport and logistics operations in the UAE and overseas.”
Etihad Cargo vice president, David Kerr, added: “Working with Masdar Institute has helped enormously in developing a specialised temperature controlled dolly that protects sensitive products from the heat and harsh weather conditions we sometimes face here in the UAE.”
However, the system can also work off the normal power grid in less sunny locations. Around the world.
The Etihad spokesman added that the carrier was refining the prototype, and will look at rolling this out across the network once this has been finalised. Etihad Airways could also license the product to other operators, but will prioritise its own partner network.
The research project is led by Masdar Institute Engineering Systems and Management Department assistant professor Dr Sameh El Khatib and professor Dr Mohamed Omar, along with associate professor of electrical power engineering, Dr Vinod Khadkikar.
A team of researchers drawn from Masdar Institute students and led by research engineer Anas Fakhri is handling the technical design and testing of the cool dolly while one of Etihad’s senior cargo managers, Pablo Brizzio, is working closely with the research team to develop a design that meets the technical requirements and operational constraints.
Etihad Cargo Innovation Department is collaborating with Masdar Institute on a number of other related research initiatives including new advanced shock protection material for cargo boxes and testing advanced thermal reduction coatings for Etihad Cargo’s Sky Stables equine transportation service.
The institute is also working with Etihad airline and Boeing on growing aviation biofuels on a two-hectare farm at Masdar City.
It uses desert land irrigated by using seawater and fertilised with organic waste to grow Salicornia plants which produce the fuel. The plan is to later scale up the experiment to 200 hectares and start commercial production.