Etihad’s Hogan to step down in second half of 2017 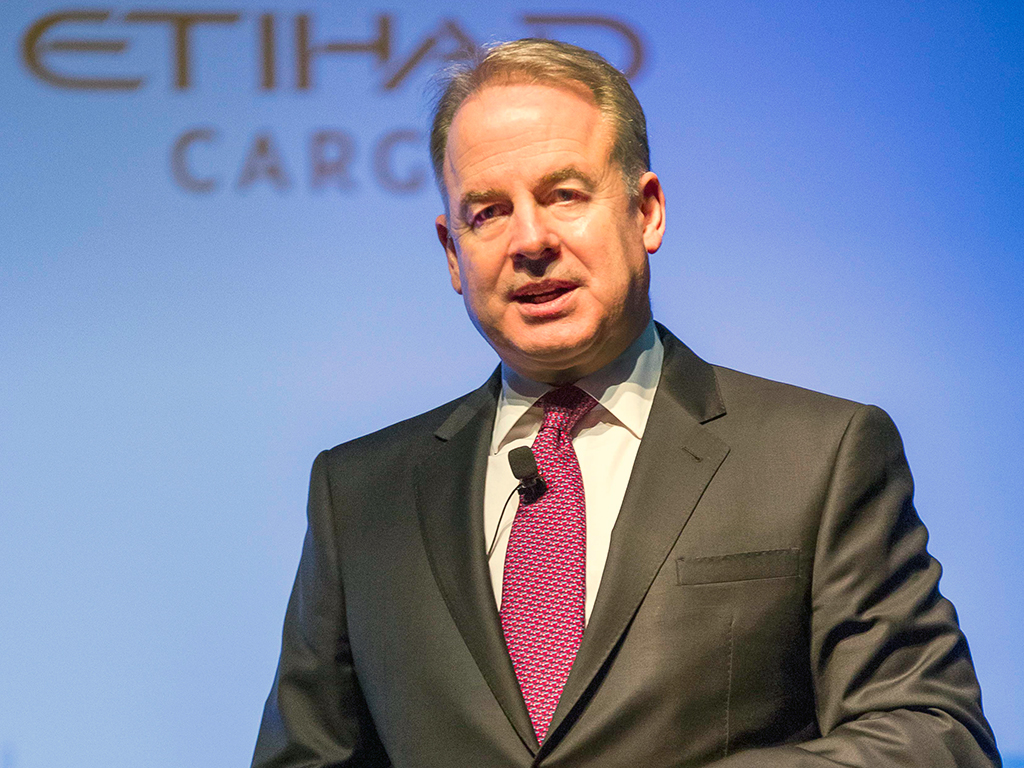 James Hogan will step down as president and chief executive of Etihad Aviation Group in the second half of 2017.
Hogan will join an investment company along with Etihad Aviation Group chief financial officer James Rigney, who will also leave the company later this year. A global search for their replacements is already underway, said the Abu Dhabi-based airline.
The airline company board and Hogan first initiated the transition process last year with the formation in May of the Etihad Aviation Group, a diversified global aviation and travel organisation.
Only last week, at a Dublin conference, Hogan, hit out at critics of the Middle East carrier’s partnership strategy, describing it as a “core element of the growth of the business”.
In the same week, the Middle East carrier also had to deny industry rumours, originating in the Italian financial press, that Etihad was looking to take a stake of up to 40% in Germany’s Lufthansa.
In December 2016, reports suggested that Etihad was reviewing its investment strategy in European airlines as part of a wider restructuring involving a range of job cuts.
Mohamed Mubarak Fadhel Al Mazrouei, Etihad Aviation Group board chairman, said today: “We are very grateful to James. In just ten years, he has overseen the growth of the company from a 22 plane regional carrier into a 120 aircraft global airline and aviation group, with seven airline equity partnerships which together serve more than 120m guests every year.
"It is a business which has set new benchmarks for service and innovation. Under his leadership, the company has provided new opportunities for thousands of Emiratis and has been a critical element in the remarkable progress of Abu Dhabi and the UAE. We look forward to James’ continued association with Abu Dhabi in new ways.”
Hogan commented: “Along with the board and my 26,000 colleagues, I am very proud of what we have built together at Etihad and of the company’s substantial contribution to the UAE and to the development of Abu Dhabi. The last decade has seen incredible results but this only represents a first chapter in the story of Etihad.”
Commenting on current priorities for the business, Mazrouei said: “To position the company for continued success in a challenging market, the board and management team will continue an ongoing, company-wide strategic review.
"We must ensure that the airline is the right size and the right shape.  We must continue to improve cost efficiency, productivity and revenue. We must progress and adjust our airline equity partnerships even as we remain committed to the strategy.”
Last month, Etihad Airways unveiled plans to create a new European leisure airline group in a joint venture with TUI  of Germany. A new codeshare agreement with Lufthansa and an aircraft leasing agreement between airberlin and Lufthansa were also announced.
As a minority shareholder, Etihad is actively participating in the next phase of Alitalia’s restructuring plan.
Mazrouei added: “Etihad is a great business with strong fundamentals and a deeply experienced aviation and airline management team.These assets, along with a realigned organisation, provide more agility and added focus as Etihad enters the next phase of its development.”
Etihad added in a statement: "The group has developed a senior management structure with strength in depth, led by a highly-regarded senior team."
Etihad is also a significant freighter operator, with four Airbus A330Fs, three Boeing 777Fs and three Boeing 747Fs.
The United Arab Emirates’ national carrier will also be the host at IATA’s World Cargo Symposium 2017, which takes place in Abu Dhabi, March 14-16.