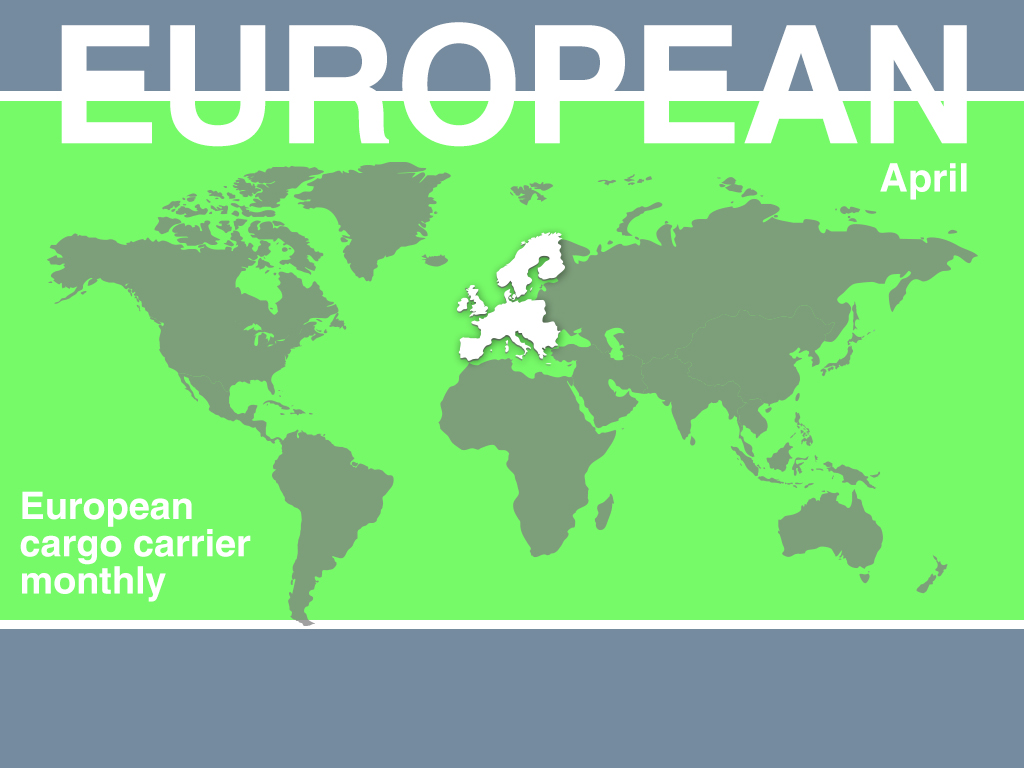 April proved to be another good month for some of Europe’s major airlines as increases in cargo traffic were recorded at Lufthansa, Air France KLM and IAG.
The latest monthly stats from Lufthansa, the largest of the three in cargo terms, show a 6% year-on-year improvement in traffic for April to 897m revenue cargo tonne km. The figures for April are also the airline’s best result for the month since 2011.
Click on chart for interactive version 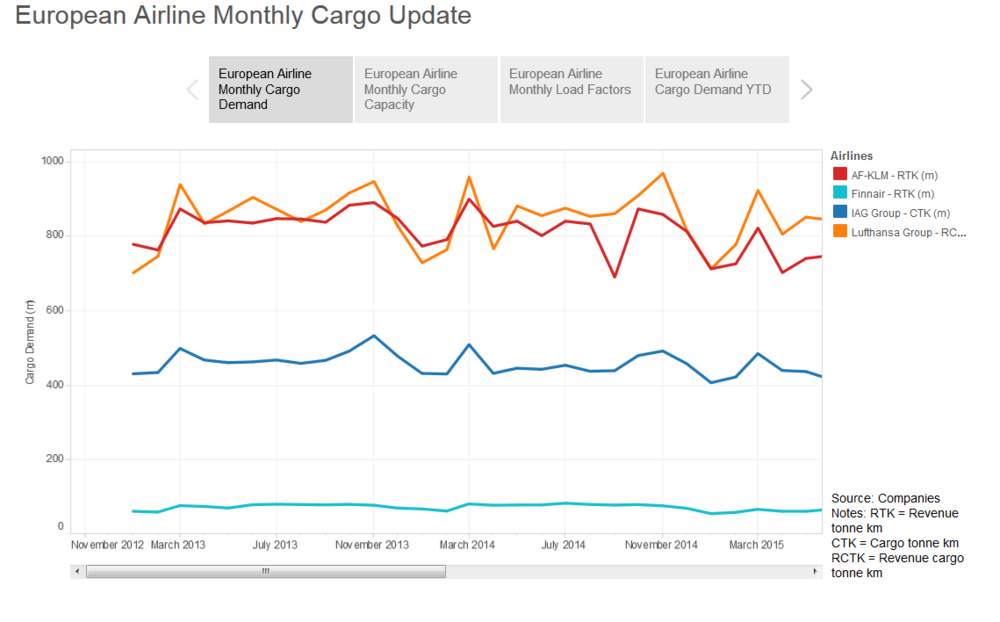 The increase is the group’s tenth year-on-year improvement in a row, while traffic for the year to date is 7.7% ahead of the same four month period last year.
There was also an improvement in the Frankfurt-based airline’s cargo load factor as a result of capacity increasing at the lower amount of 3.8%. For the month, the airline registered a cargo load factor of 69.4% compared with 68% last year.
Air France KLM also continued to report increases during April as traffic was up by 1.4% year on year to 719m freight tonne km. This is the airline’s second year-on-year increase in a row following ten months of declines.
For the year to date, the April result also pushed the airline to a 0.7% improvement compared with a year earlier. There was also reason to celebrate on the cargo load factor front as utilisation improved to 61.9% against 60.9% last year.
IAG Cargo also continued its run of improvements as it registered a 3.1% increase in traffic in April to 466m cargo tonne kms.
This is the airline’s fourth increase compared with a year ago in a row, while demand over the first four months is up 3.4% compared with last year.
Finally, Finnair Cargo returned to the red in April as it registered a 1.7% decrease in cargo traffic to 75.6m revenue tonne km.
This is the airline’s third decrease of the year so far, but it has put this down to external factors, such as pilot training and migration to a new cargo management system at its Helsinki hub.
For April, it said performance was affected by “changes in the route mix and fleet”.
Over the first four months, traffic is 2.8% behind last year. Its April cargo load factor stood at 66.6% compared with 67.7% last year.
American carriers also enjoyed a bumper month in April.