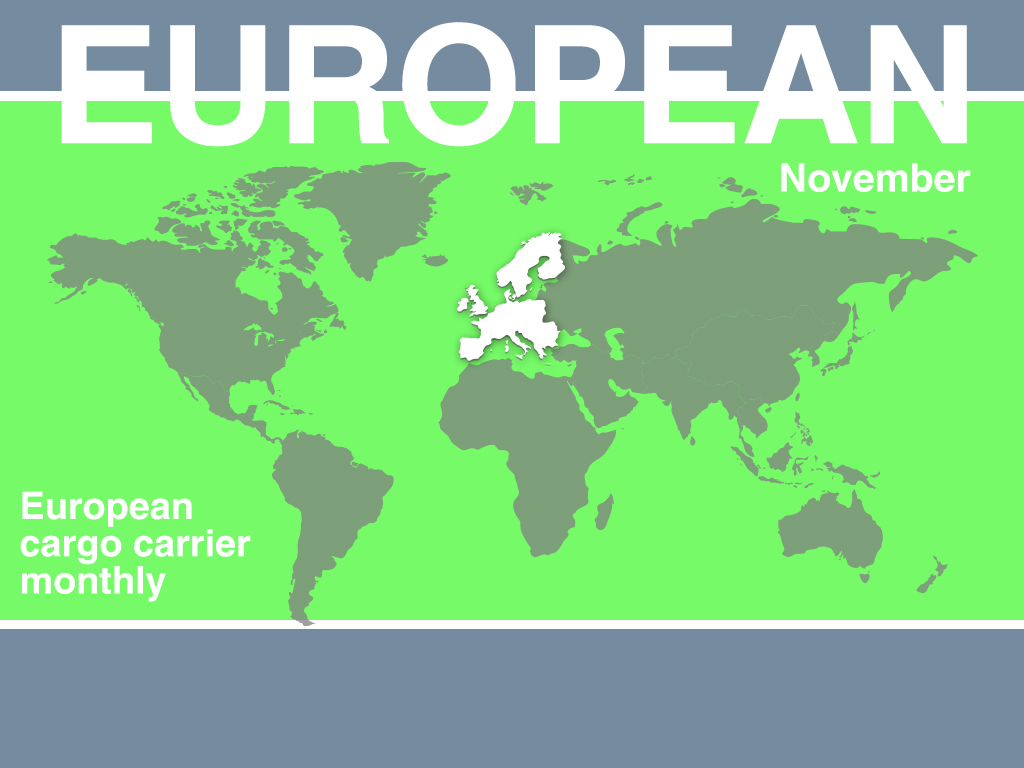 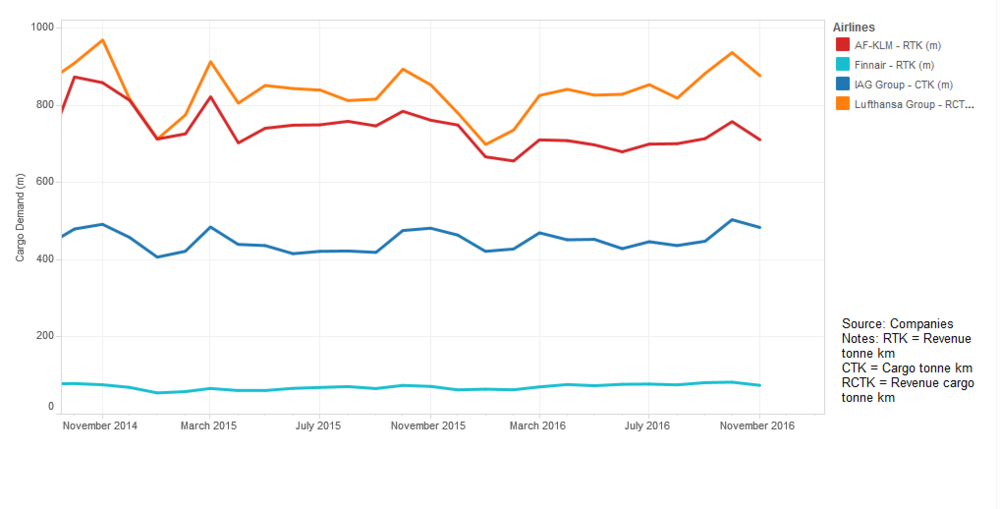 While demand has improved year on year for the fifth month in a row, the pace of growth has slowed from the 8.2% recorded in September and the 4.8% registered in October.
However, results were affected by six days of strike action by pilots flying Lufthansa’s passenger aircraft during the month.
The airline group’s other airline subsidiaries and its freighter operations were unaffected by the strike.
The improving performance over the last five months means that Lufthansa may report a small increase in demand for the full-year if it registers another improvement in December.
Over the first 11 months of the year demand is down by 0.1% year on year to 9.1bn RCTK.
IAG Cargo also registered an improvement in November, with cargo tonne km (CTK) increasing by 0.4% to 484m.
This is IAG’s eighth monthly cargo improvement in a row, but the level of growth has narrowed compared with the rest of the year.
Over the first 11 months, the airline group has seen demand increase by 2.9% year on year to 5bn CTK, in part thanks to its acquisition of Aer Lingus.
In October, demand at IAG was up, Aer Lingus was flat and Iberia registered a decline.
Finnair also registered an increase in October with a 3.9% increase to 74.8m revenue tonne km (RTK).
However, growth at Finnair has also slowed from the 13.3% improvement registered for the first 11 months.
This slowdown reflects a corresponding narrowing of cargo demand declines at the airline in October last year.
Air France KLM registered its seventh month of cargo demand declines in October as it continues to adjust its fleet.
Demand slipped 6.6% year on year to 711m RTK, while capacity was down by 4.4%. Over the first 11 months the airline has registered a decrease in demand of 6.7% year on year to 7.7bn RTK.
In the third quarter of the year the airline group retired a further two of its MD-11 freighters to leave it with a total of six all-cargo aircraft.
Click here or on the image below to view interactive chart 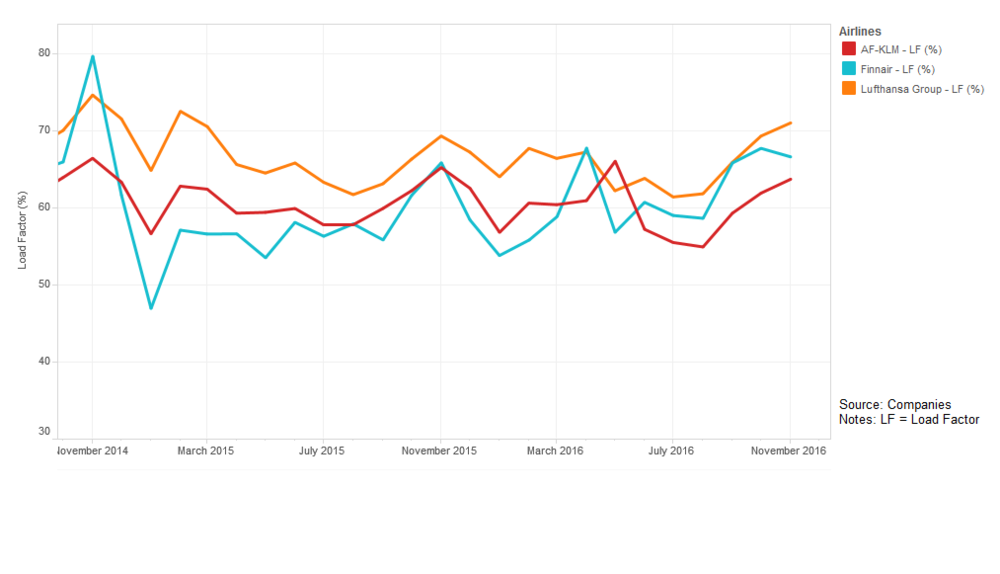