European cargo monthly: Demand growth picks up in May 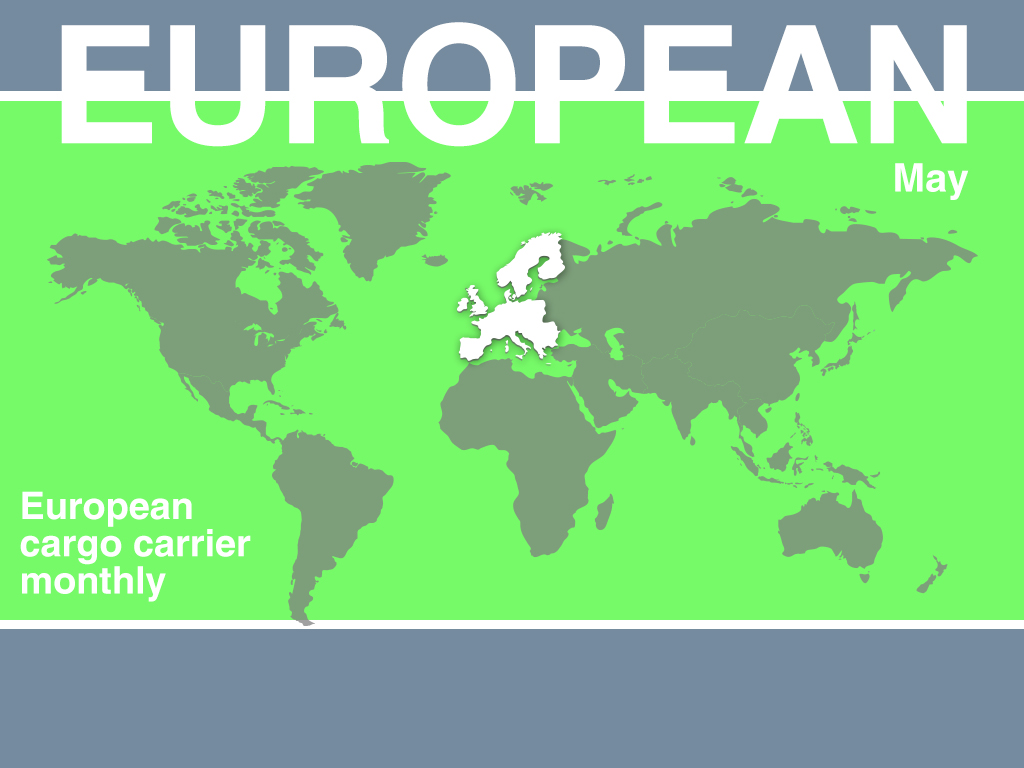 Major European airlines saw cargo growth pick up again in May following on from a slight slowdown in April.
The latest freight figures from Air France KLM, Finnair, IAG and Lufthansa also show an improvement in year-on-year percent growth compared with the level achieved in April.
At Lufthansa Cargo there was a 7.2% year-on-year improvement in demand in May as revenue cargo tonne kms reached 903m, representing the airline’s busiest May since 2011.
Click on chart below for interactive table or here for more data 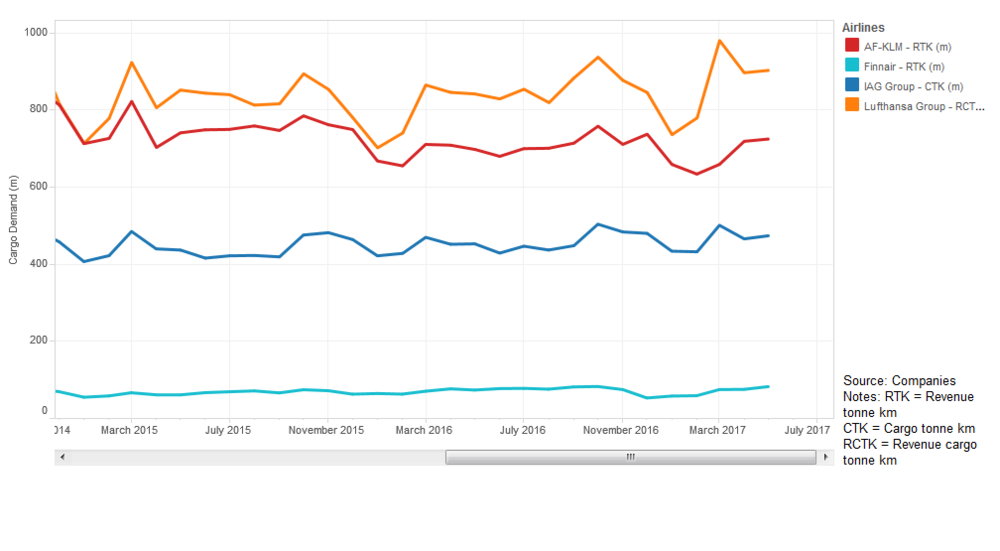 While this was an improvement on the 6% growth achieved in April, it still lagged behind the 7.5% increase registered over the first five months of the year.
Capacity during May increased by less than 1% and as a result the group’s cargo load factors reached 67.8% against 63.8% last year.
Meanwhile, Air France KLM Cargo saw traffic increase by 3.8% in May to 725m revenue tonne kms. This is ahead of the carrier group’s year-to-date growth of 1.4%.
However, its RTKs for May were still behind the level achieved during the same month in 2015. The Franco-Dutch airline group’s cargo load factor for the month reached 58.8% compared with 57.6% last year.
IAG Cargo was also on the up during the month as it registered an improvement of 4.6% on a year earlier with traffic reaching 474m cargo tonne km, representing the airline group’s busiest May since 2012.
It is the 14 month in a row demand has improved year on year and over the first five months, traffic is 3.7% ahead of a year earlier.
During the month, Iberia saw demand improve by 4.9%, British Airways was up 3.9% and Aer Lingus by 27.3%.
Finally, Finnair seems to be putting a difficult start to the year behind it as cargo traffic improved by 12% year on year to 82.7m revenue tonne km in May.
The airline group registered demand declines in January, February and April as a new cargo system bedded in and pilots were sent out on training ahead of the arrival of new aircraft.
The double-digit percentage improvement registered in the month has pushed its year-to-date performance to an improvement of 0.3%.
The airline’s cargo load factor for the month stood at 65.8% compared with 56.8% last year.
US carriers also continued their impressive start to the year in May.