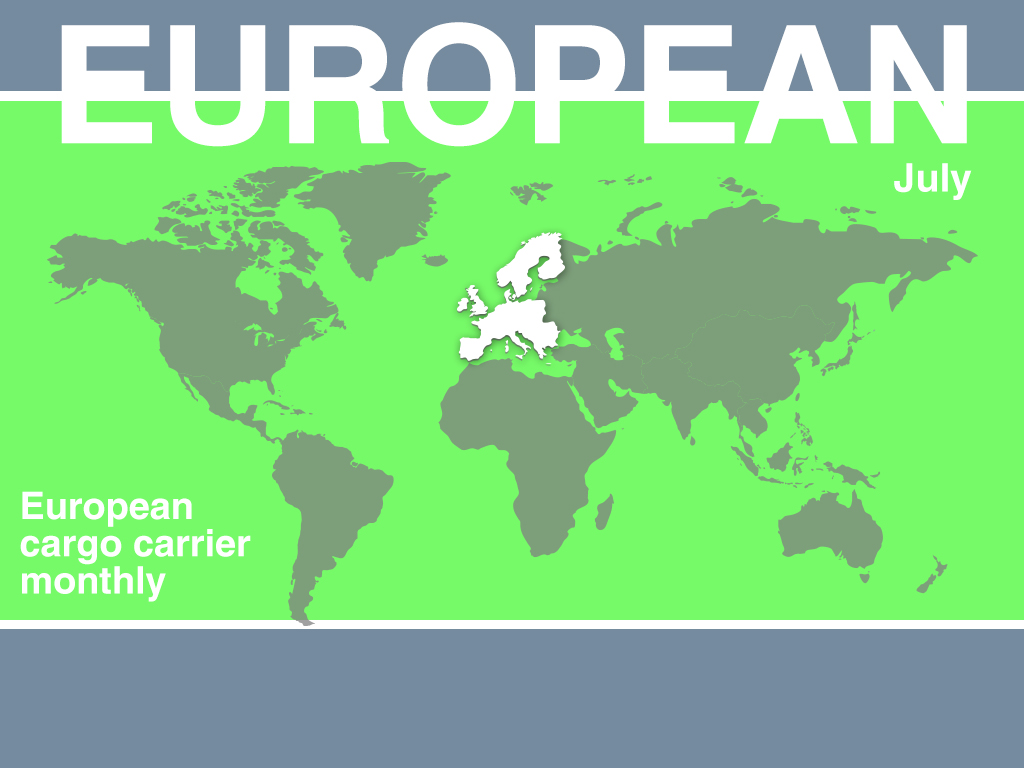 Air cargo volumes at European airlines in July continued to grow at a lower rate than earlier in the year.
The region’s largest combination airline group in terms of cargo, Lufthansa, saw freight traffic for the period decline by 2.9% year on year to 904m revenue cargo tonne kms.
This is the second month in a row that the German airline group has recorded a decline and compares with its year-to-date growth rate of 2%.
While demand decreased, the amount of cargo capacity on offer from the group was up by 1.8% and as a result its load factor for July slipped to 64.1% against 67.2% this time last year.
Click on chart for interactive version 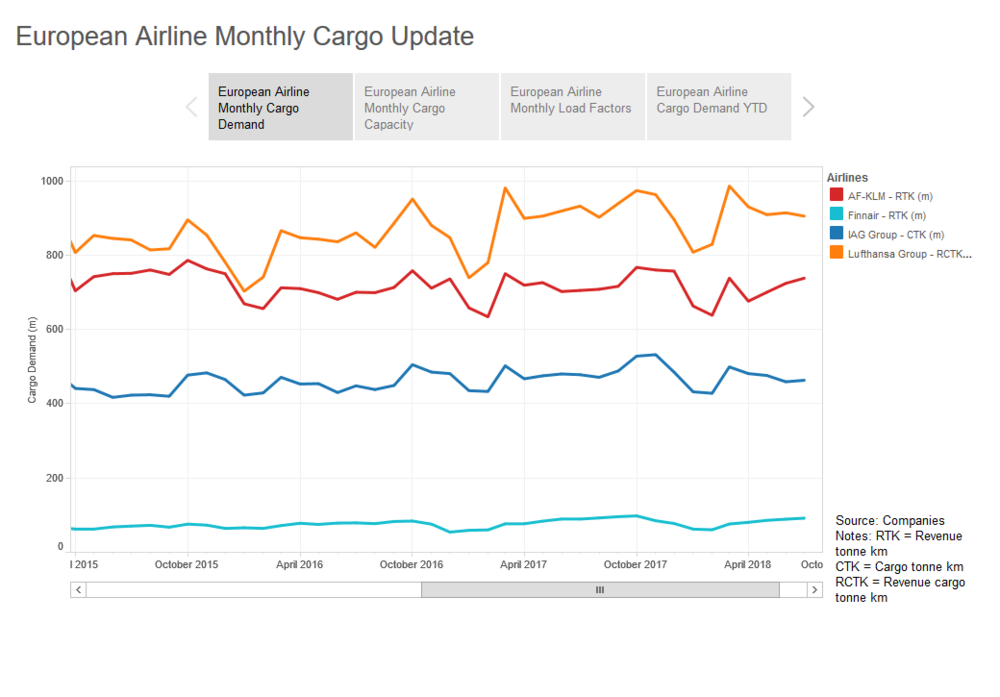