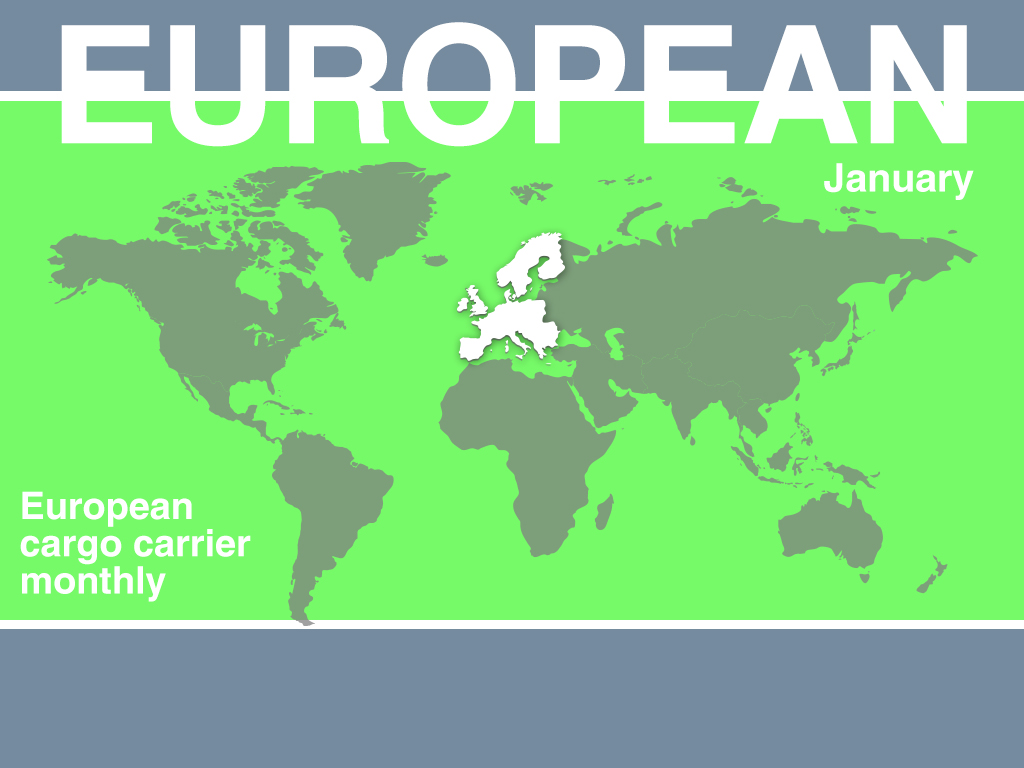 January was a mixed month for Europe’s combination carriers on the cargo front, with Lufthansa and IAG reporting increases in traffic while demand was down at Air France KLM and Finnair.
Lufthansa, the largest of the four carriers in cargo terms, saw January cargo traffic increase by 4.9% year on year to 736m revenue cargo tonne km.
The increase carries on from Lufthansa’s performance towards the end of last year and is ahead of its 0.5% increase in cargo traffic for the full year.
However, it is difficult to read too much into year on year comparisons in the first few months of the year because of the changing date of the Chinese New Year, when factories in the country shut for around two weeks.
Click here to visit our data hub or on the image below to view the European dashboard

Lufthansa’s cargo load factor climbed to 65.9% compared with 63.9% during the same month last year. In fact, this is the airline’s best January cargo load factor since 2014.
There was also an increase at IAG, which saw cargo traffic increase by 2.8% year on year to 434m cargo tonne miles. This was roughly in line with the 3% improvement the carrier group registered in 2016.
Demand was flat at Aer Lingus, there was a 5.5% increase at British Airways and Iberia was down 7.3%.
During the month, IAG reported that it was benefitting from a vegetable shortage in the UK caused by a poor crop in Spain and Greece. Shippers turned to the Americas and flew in vegetables to meet demand.
Air France KLM continued to record a decline in traffic, although the speed of decline has narrowed as it comes to the end of its cargo fleet restructuring.
The carrier group saw traffic decline by 1.3% year on year in January to 659m revenue tonne km (RTK), with demand up at Air France and down at KLM. The decline is slightly ahead of its 0.9% reduction in cargo capacity for the month. The group saw its cargo load factor decline to 56.6% from 56.8% last year.
Meanwhile, there was another decrease in cargo traffic at Finnair, although this was once again caused by developments within the company.
“Finnair suspended flights to Chongqing as planned between 11 January and 2 May 2017 due to its pilots’ A350 training,” the airline explained. “In addition, there were an extraordinarily high number of cancellations in Asian traffic during the month.”
As a result, cargo demand was down 10.2% year on year in January to 58.2m RTK. This follows on from a 15.7% decrease in December when the implementation of a new cargo management system caused problems for the airline.
While there were some signs that cargo demand may have continued its strong end of year performance, the improvements were even more pronounced at US carriers American and United. 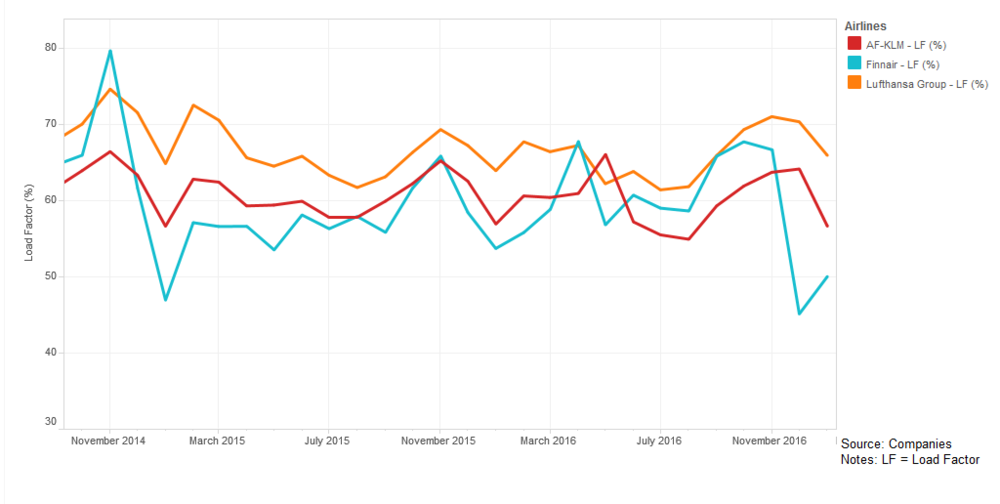