European Cargo Monthly: Stellar year for carriers, but still not back to heady heights 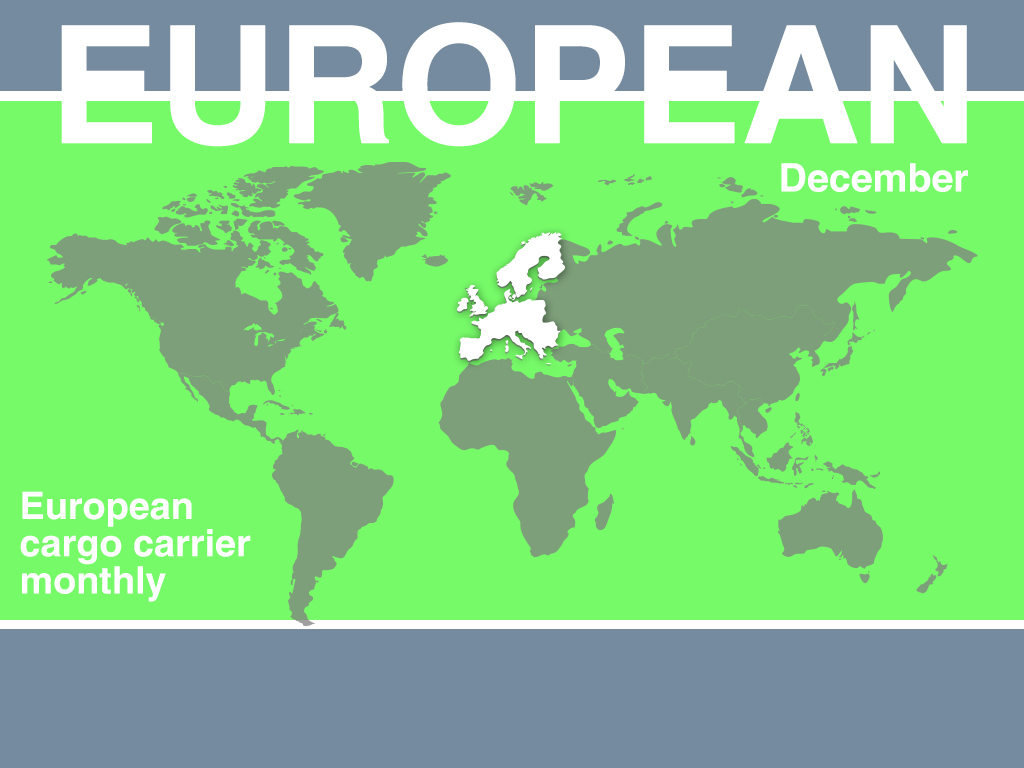 Last year was a period of huge improvement for European airlines when looking at cargo traffic, but the region’s major bellyhold and combination carriers still lag behind figures registered at the start of the decade.
The largest combination carrier group, Lufthansa, saw overall demand for the year increase by 7.2% to 10.8bn revenue cargo tonne kms (RCTK). Demand in December was up 5.8% to 895m RCTK.
While the annual increase of more than 7% is impressive – it is the carrier’s biggest growth rate since Air Cargo News records began in 2011 – it should be remember that the total traffic carried does still lag behind the 10.9bn RCTK carried in 2011.
This is down to the carrier reducing its freighter fleet over the last seven years in response to a static cargo market.
However, if growth continues at the same rate in 2018, it should exceed this mark this year.
Click on chart for interactive version 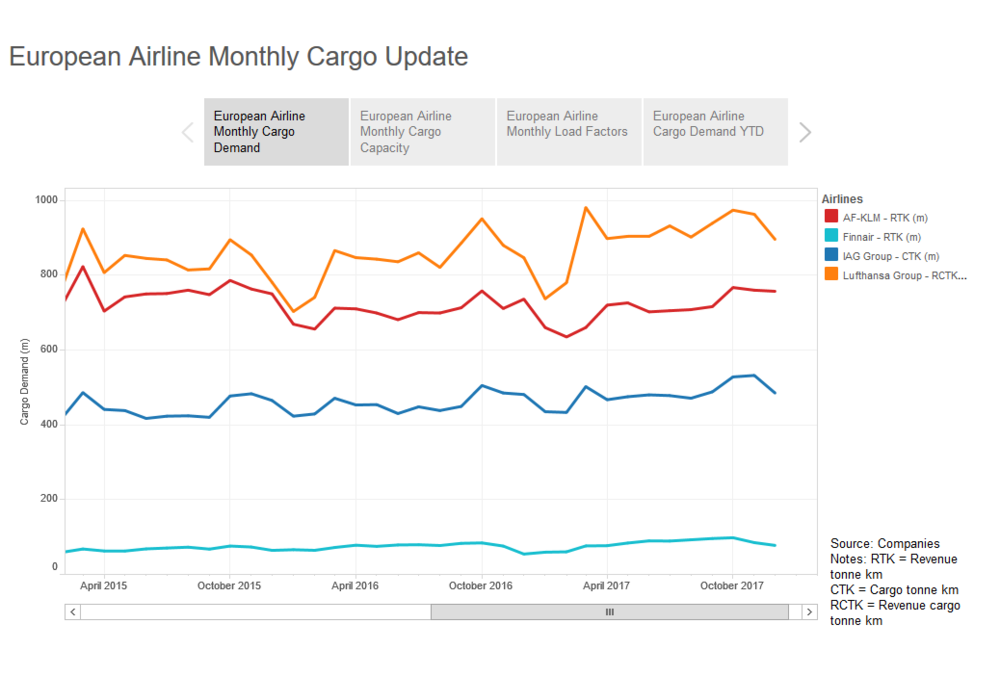 It was a similar story at Air France KLM, although its 2017 annual growth was lower than that of Lufthansa as it continues to adjust its all-cargo fleet.
The Franco-Dutch airline group saw cargo traffic for the year edge up 1.9% year on year to 8.6bn revenue tonne kms (RTK).
This is the carrier group’s first increase in cargo traffic on record (since 2012) but lags behind 2015’s 9bn and is far behind 2011’s 11.3bn RTK.
In November, cargo traffic at Air France KLM increased by 2.9% year on year to 756m RTK.
IAG’s cargo performance was more in line with that of Lufthansa as it stopped operating its own freighters in 2014, although it does still take space on freighter operations run by other airlines.
The carrier saw cargo demand increase 6% year on year to reach 5.8bn cargo tonne kms (CTM).
It is the largest percentage increase registered by the carrier group since Air Cargo News records begin in 2012, but in terms of total cargo traffic it lags behind 2012’s 6.1bn CTM and even further behind 2012’s 6.2bn CTM.
In November, demand at the carrier was up 0.8% to reach 484m CTM.
Finnair was one carrier that bucked the trend as it continues to expand its fleet with the arrival of new widebody A350 aircraft and has recently opened a new cargo hub.
The carrier registered an 11% increase in traffic – the same as last year – to reach 969m RTK. This is its busiest year on record.
Traffic in December was up 43.6% to 76.4m RTK, although performance in December 2016 was affected by the implementation of a new cargo system and pilot training, which has skewed the comparison.
Read more air cargo data news