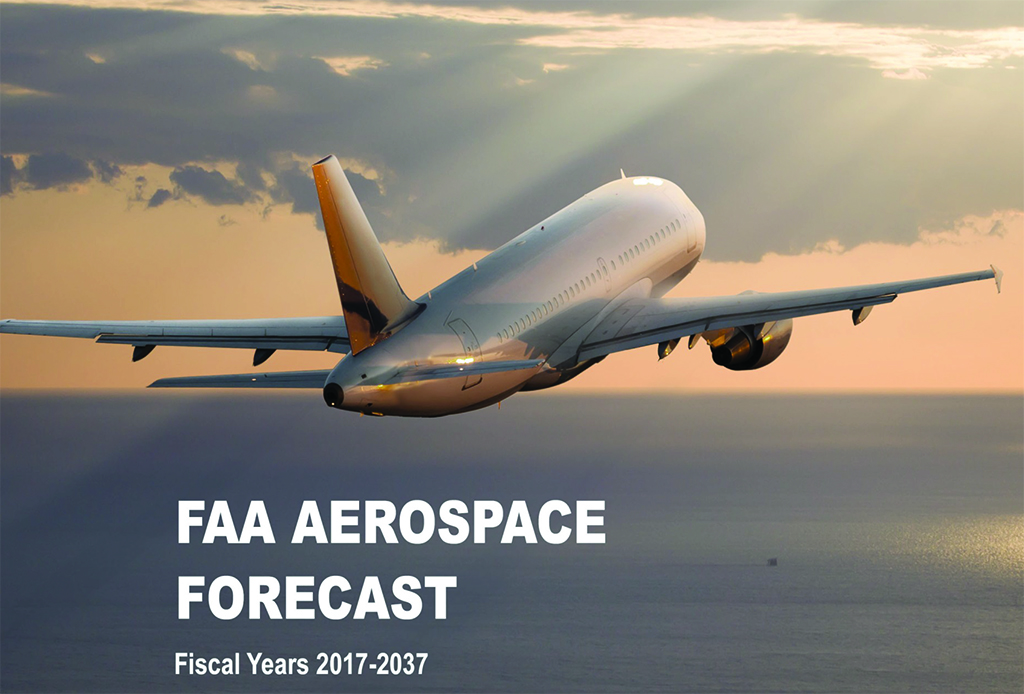 US aviation regulator FAA has issued its long term forecast for domestic and international cargo revenue ton miles (RTMs) over the next 20 years.
After decreasing by 0.9% in 2016, total RTMs are forecast to grow 1.4% in 2017, said the FAA in its its annual Aerospace Forecast Report Fiscal Years 2017 to 2037.
The report states: “Driven by steady US and world economic growth, total RTMs are projected to increase at an average annual rate of 3.1% for the balance of the forecast period.
Following a 1.8% increase in 2016, domestic cargo RTMs are forecast to grow 1.7% in 2017 as the US economic recovery continues. Between 2016 and 2037, domestic cargo RTMs are forecast to increase at an average annual rate of 1.3%. In 2016, all-cargo carriers carried 89.0% of domestic cargo RTMs.”
The all-cargo share for domestic US volumes is forecast to grow to 90.5% by 2037 based on increases in capacity for all-cargo carriers and ongoing security considerations.
The report said that international cargo RTMs fell 2.4% in 2016 after posting a 0.9% increase in 2015, citing “slow growth in the US and Europe along with the slowdown in China’s economic growth slowed worldwide trade”.
The FAA report continued: “Growth is expected to turn positive in 2017 to 1.3% as global trade growth resumes. For the forecast period (2016-37) international cargo RTMs are forecast to increase an average of 3.8% a year based on projected growth in world GDP with the Pacific region having the fastest growth, followed by the Other International, Atlantic, and Latin regions, respectively.
“The share of international cargo RTMs flown by all-cargo carriers increased from 49.3% in 2000 to 70.8% in 2016. Continuing the trend experienced over the past decade, the all-cargo share of international RTMs flown is forecast to increase modestly to 77.1% by 2037.”
The cargo carrier large jet aircraft fleet is forecast to increase from 810 aircraft in 2016 to 1,044 aircraft in 2037 driven by the growth in freight RTMs, said the FAA.
“The narrow-body cargo jet fleet is projected to increase by less than 1 aircraft a year as 757s and 737s are converted from passenger use to cargo service.
“The wide body cargo fleet is forecast to increase 11 aircraft a year as new 747-800, 777-200, and new and converted 767-300 aircraft are added to the fleet, replacing older MD-11, A300/310, and 767-200 freighters.”