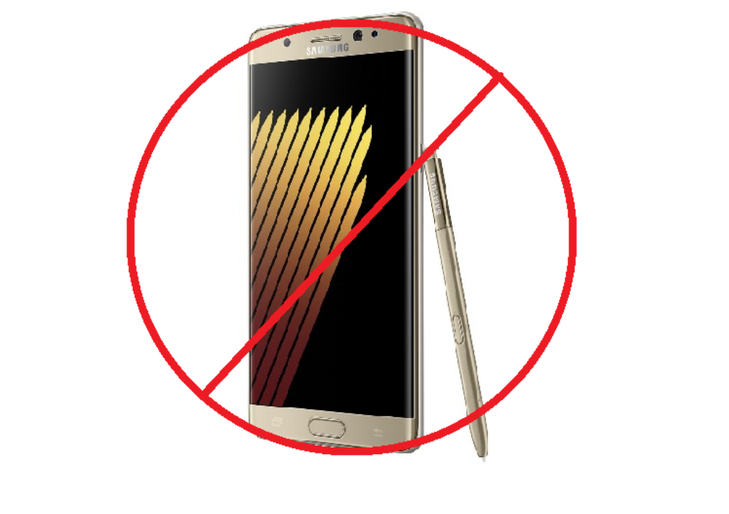 The US Federal Aviation Authority (FAA) has issued further guidance on the transport of the Samsung Galaxy Note 7 smart phone, saying they should not be carried as cargo following a product recall.
In a safety alert to aircraft operators, the FAA said that US hazardous material regulations prohibit air cargo shipments of recalled or defective lithium batteries and lithium-powered devices.
The organisation added that passengers should also not turn on or charge the devices when they carry them on board a plane.
In the alert, airlines were urged to "ensure that cargo and passenger processing employees, and those responsible for cabin safety, are aware of the rules; to ensure that cargo customers are aware of the rules; and to include information and guidance on their websites about damaged or recalled lithium batteries and devices”.
Airlines have also been issuing notes to their cargo customers warning that the devices should not be carried.
Last week, both Air Canada Cargo and Finnair Cargo issued warnings.
Finnair pointed out that conditions in IATA’s dangerous goods provision stated that Lithium batteries identified by the manufacturer as being defective for safety reasons, or that have been damaged, that have the potential of producing a dangerous evolution of heat, fire or short circuit are forbidden for transport.
United Nations aviation regulator ICAO placed a ban on lithium-ion batteries as standalone bellyhold shipments on passenger aircraft in April, although batteries contained within electronic equipment can still be flown as bellyhold cargo.