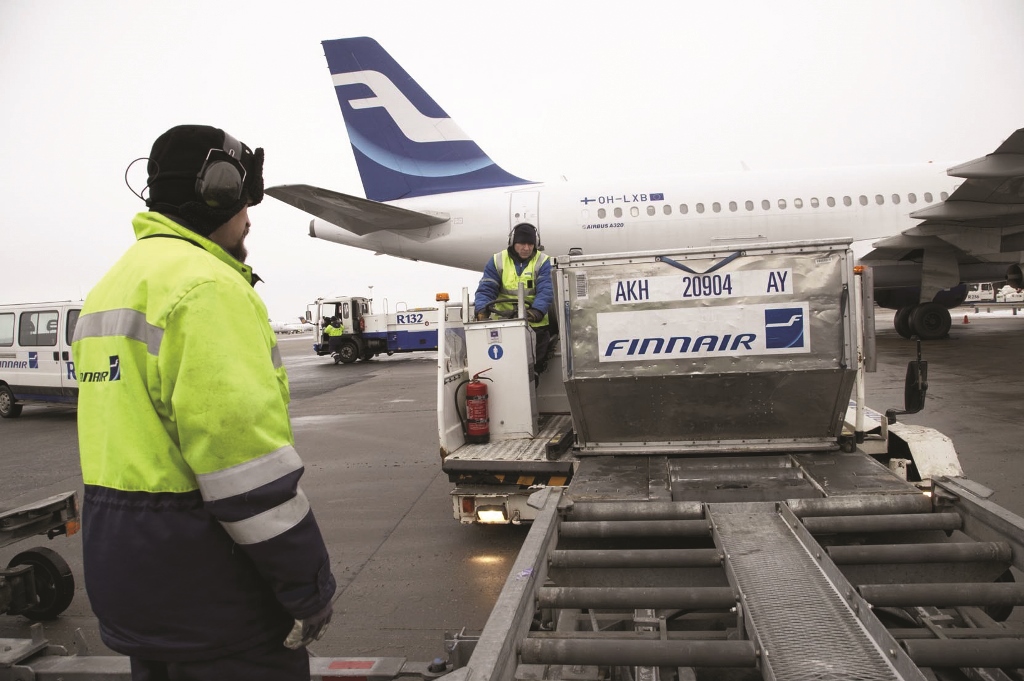 Finnair Cargo saw revenues, volumes and yields decline during the second quarter of the year as its withdrawal from Asia-Europe freighter operations and tough market conditions had an impact of results.
The Helsinki-headquartered operator saw second-quarter revenues decline by 23% on last year to €45.1m while cargo traffic declined by 19.2% to 190m revenue tonne km (RTK).

It said the declines were largely down to overcapacity and its withdrawal from long distance freighter operations when it decided at the end of last year to end its freighter offering to Hong Kong, through 40% owned Nordic Global Airlines, and instead use bellyhold capacity on passenger flights.
“Cargo traffic capacity growth between Asia and Europe continued to outpace demand grow, which further weakened average yields and load factors in Finnair’s main markets for cargo traffic,” it said.
“Cargo traffic during the review period consisted almost entirely of belly cargo on scheduled flights after Finnair discontinued freighter flights to Asia at the end of 2014. Available cargo tonne kilometres decreased by 10.7%.”

Revenues per tonne km were also down during the period, sliding to 21.95 cents per RTK compared with 23.22 a year earlier.
Its revenue performance for the quarter lags behind that of Lufthansa Cargo, which recorded a 6.2% year-on-year increase, and IAG Cargo which saw an 8.8% increase, both helped by exchange rate gains.
However, Air France KLM, which is also reducing its participation in the freighter market, recorded a 9.6% year-on-year revenue decline for the period.
There was some better news for the cargo operation as its profitability improved during the second quarter, although it does not reveal actual numbers.
The airline’s cargo division is going through a period of change as it prepares for an increase in capacity with the arrival of 19 Airbus A350 XWB aircraft which will increase cargo capacity by as much as 50%.
It has begun work on a larger and more modern Helsinki cargo terminal in preparation for the arrival of the new capacity.
Cargo is also in the process of being more closely integrated into the commercial functions of the overall Finnair group.
Restructuring measures started in 2014 will see the entire group’s sales managed by a single unit, and the profitability of the route network will be evaluated as a whole with the aim of optimising fleet usage and total revenue from business operations.
The overall airline also reported a decline in revenues during the second-quarter period, registering a 0.8% decline on a year earlier to €561m.
However, it narrowed its net loss for the period to €6m from a loss of €23.9m in 2014.
It said results were affected by revenue growth in our core business operations, the progress of cost reduction measures and the decline in fuel prices.
The appreciation of the dollar diluted the benefit from fallen jet fuel price and significantly increased other dollar-denominated costs, but at the same time, the appreciation of income currencies boosted revenues, particularly in Asia.