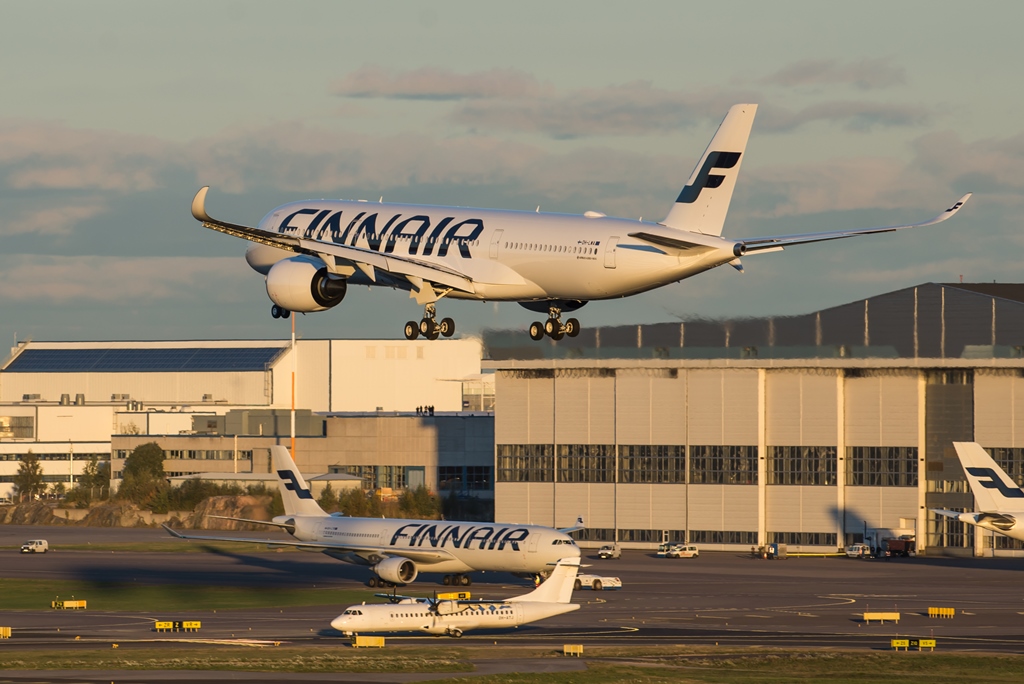 Finnair has announced that it will be adding frequencies on many of its Asian routes next summer.
The expansion of its Asian links continues what Finnair says has been recent “strong growth” in key markets on the continent. Finnair markets itself as “a network airline specialised in flying between Europe and Asia”.
The airline is, for example, to add extra frequencies to several of its Japanese services. Three weekly flights will be added on the Helsinki to Osaka route, meaning that Finnair will fly a total of 10 weekly frequencies to the city during the summer season (which starts on March 31).
Plus, Finnair will operate double-daily flights on its Tokyo link for the whole 2019 summer season, and will also add a third daily flight during to the capital Japan’s Golden Week holiday (which runs from April 29 to 6 May).
In addition, Finnair is also switching to an Airbus A350 aircraft on the Nagoya route from May 5 next year.
Finnair operates all flights to Japan in co-operation with its joint business partners: Japan Airlines, British Airways and Iberia.
Including the joint business flights provided with Japan Airlines, Finnair will offer up to 41 weekly frequencies to Japan during the summer 2019 season.
Furthermore, Finnair will significantly grow its presence in the Greater China area, expecting to offer a total of 42 weekly flights between Helsinki and Greater China in summer next year.
Hong Kong will also see an increase in connectivity provided by Finnair. The airline will fly double-daily year-round to Hong Kong with an A350 from the 2019 summer season. The Helsinki-based flag-carrier currently flies 10 flights a week to Hong Kong (in the 2018 summer season), a frequency that will rise to 12 times a week during the upcoming winter season.
“We continue to execute on our growth strategy, and the new additions further strengthen our offering in key Asian markets,” declared Juha Järvinen, Finnair’s chief commercial officer.
US network expansion
Earlier this month (August), Finnair confirmed that it will begin flying to Los Angeles, California, from next spring. Finnair will fly three times a week to Los Angeles Airport from March 31.
The new route to Los Angeles will be Finnair’s first US service to be regularly operated with its new A350 aircraft.
Finnair also confirmed that it making some additions to its summer programme for the San Francisco and Chicago routes. Both services will begin in April, and a fourth frequency will be added for San Francisco from May.
With these changes, Finnair will offer a daily flight to California during the summer season through the new three times a week service to Los Angeles and the new fourth weekly frequency to San Francisco.
The new routes will be operated within the Atlantic joint business of Finnair, American Airlines, British Airways and Iberia. Currently, the four airlines operate over 100 daily return flights between Europe and North America.
In July, Finnair saw its total air cargo traffic increase by 2.8% year on year, to reach 90.7m revenue tonne kms.
This was slightly ahead of its average performance over the first seven months of this year, when cargo traffic increased by 2.2%.