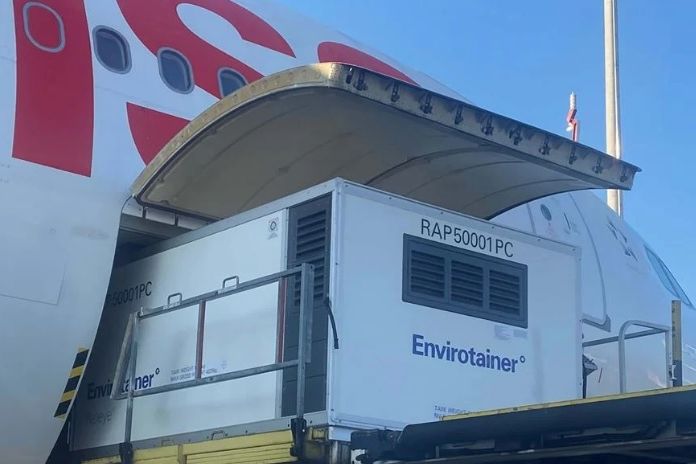 Envirotainer said the consignment was handled by Swiss WorldCargo, one of the first airlines to approve usage of the Releye RAP container after it was launched in February.

The shipper was a global acting Swiss pharmaceutical company, and the transportation was successful and went according to plan.

Envirotainer said that due to the integrated live monitoring, the shipment was checked in every detail through the whole journey.

“And, since the Releye RAP is based on exactly the same platform and technology as the Releye RLP together with the comprehensive data made available, the qualification for the pharmaceutical company customer required marginal effort and went exceptionally fast,” said Envirotainer.

The RAP version of the Releye container is the largest model of the container and can hold five pallets, compared with the existing 2021 model’s three pallets.