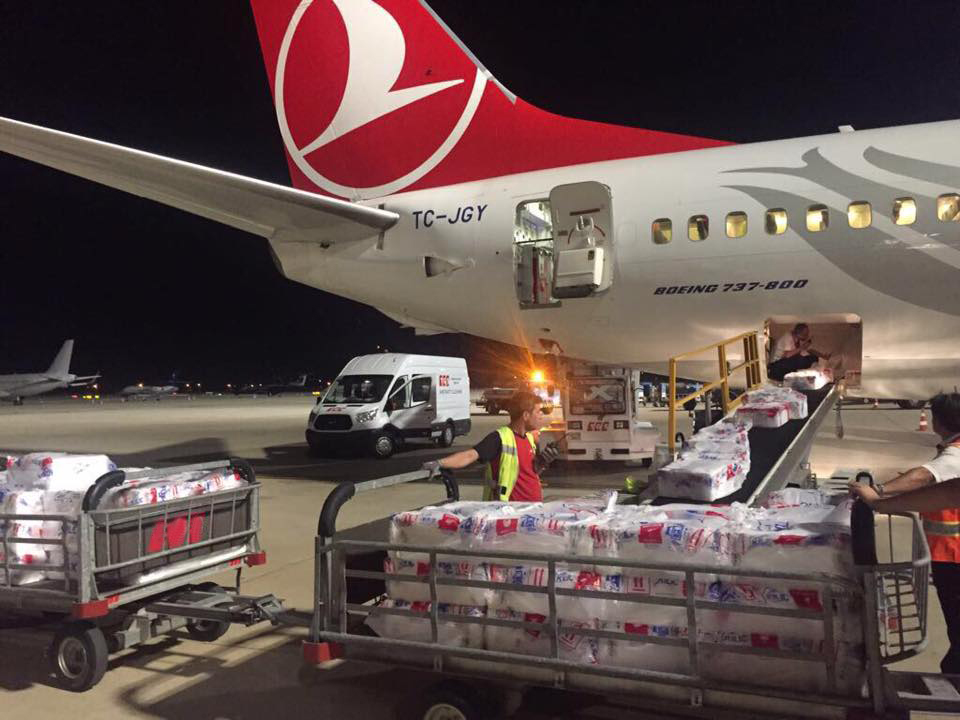 Turkish Cargo is now accepting fresh fish shipments on its direct Bodrum-Kuwait passenger flights as part of a sameday perishables supply chain to serve the appetites of consumers in the Middle East country.
The Turkish carrier said that it is offering the service after requests from the Aegean Region, where three of the four most popular restaurant plate-pleasers, Sea Bass, Sea Bream and Bluefin Tuna, are bred at fishfarms for export to seafood markets. The average load of fresh fish per flight is 2.5 tonnes, said Turkish Cargo.
Turkey is a leading fish exporter and the largest trout producer in Europe, and in 2016 was also one of the top sea bass and sea bream producing countries.
In April, Turkish Cargo launched of a two times a week Airbus A330-200 freighter service to Oslo Airport, aimed at the growing Norwegian seafood export market.
Said the carrier: "2016 was a record year for Norwegian seafood export, and Turkish Airlines wishes to take part in this development. Turkish Cargo has great expectations for the Norwegian market and convinced that its route and network can help to make the Norwegian seafood industry even more competitive."
Read more Perishables Logistics News