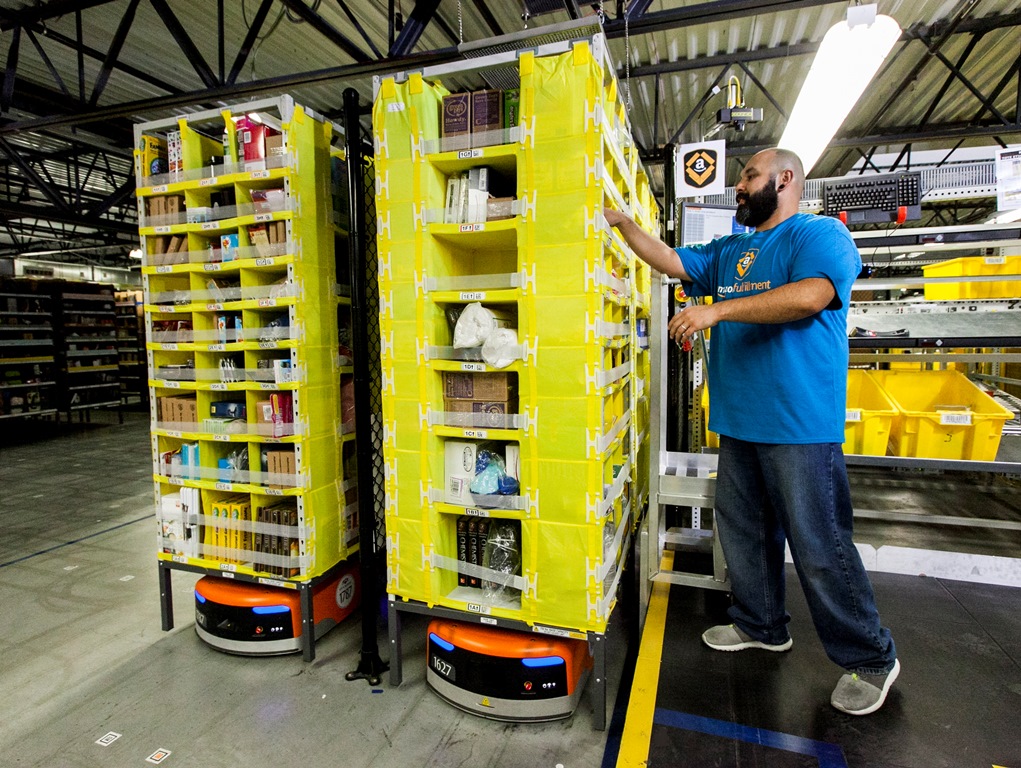 Are the "disrupters" from the e-commerce world, such as Amazon, about to derail the historical air cargo carrier-forwarder link by cutting out the cargo agent?
For their part, some carriers appear confident they can venture into the airfreight retail space with offerings targeting e-commerce.
Amazon, the 900-pound gorilla in on-line selling, if speculation is correct, is obviously bent on securing dedicated lift for its business.
Recent reports indicate that the company is in negotiations with several leasing outfits to sign up as many as 20 B767 freighters.
Allegedly this could take off as early as soon as January, suggesting that Amazon has completed most of the preparations to integrate a freighter network into its logistics set-up.
It came to light a few weeks ago that the on-line sales giant has run trials with Air Transport Services Group (one of the ACMI providers it is allegedly talking with about the 20-strong 767F fleet) with overnight B767 freighter operations out of Wilmington, Ohio, ATSG’s home base. Amazon is currently building two distribution centres in Ohio.
Meanwhile, there have been stirrings on the airline side showing ambitions to tackle the e-commerce bonanza head-on.
In September China Southern unveiled an e-commerce platform not geared towards the likes of Alibaba but instead targeting Chinese consumers looking to buy goods on-line from overseas merchants.
The following month Qatar Airways announced the launch of a door-to-door courier delivery service, using third-party subcontractors for the final-mile delivery.
While airlines’ appetite for the rising e-commerce traffic is no surprise, the focus on the retail aspect has raised some eyebrows.
Seasoned industry executives recall fierce arguments in the early 1990s over some airlines’ endeavours to deal directly with large shippers, which culminated in a boycott of KLM by several European forwarders.
In the aftermath it was widely accepted that the airlines do not have the infrastructure and manpower to bypass forwarders and sell directly to shippers.
A retail product extending to delivery to consumers would seem wildly beyond their scope.
"I don’t see the airlines able to provide door-to-door service," comments Rich Zablocki, vice president, global product development, North America at CEVA Logistics. Some may be able to provide a service in the business-to-business sphere, but not to consumers, he adds.
"So far we have not observed increased direct interaction between airlines and shippers because of e-commerce," remarks Markus Muecke, global head of airfreight trade lane management and procurement of Panalpina.
Besides the door-to-door aspect, which lies beyond the coverage provided by airlines, he points to the volatile nature of e-commerce, which often shows "very erratic and unpredictable demand patterns" for certain products, such as fashion items.
At peak times like Black Friday or the run-up to Christmas, this produces spikes of large volumes to be moved over considerable distances in a very short period of time, he notes.
"Belly-capacity with limited space, fixed schedules and routes then obviously is not the answer to absorb these peaks. This is when charters come into the picture," he adds.
Ram Menen, a former airline executive and now non-executive chairman of Connect India, a last mile delivery company established last summer, comments that at this point no airline or forwarder has the infrastructure to "deal with the full e-commerce enchilada".
Even the integrators are struggling, he adds. While they are set up for next-day or second-day delivery, their schedules are based on late pick-up and early morning delivery, whereas flexible delivery options are prominent in e-commerce, he says.
Zablocki remarks that e-commerce has engendered new logistics patterns, chiefly moving consolidations to regional markets for breakdown and subsequent delivery using local courier or postal networks. Theoretically airlines could manage this, but they would be hard pressed to cope with aspects like customs clearance.
"Carriers would have a lot to learn and develop. Their processes and their customer service are not geared for that," he comments.
Amazon is clearly looking to procure its own dedicated lift. Many airfreight executives expect e-tailers of this stature to deal directly with airlines, in some cases assuming the functions of the forwarder.
"We will see Amazon and others get directly involved with lift procurement. The logistics at either end will be handled by themselves or by forwarders," predicts Menen.
Muecke observes that airlines have tailored services to certain industries requiring special handling.
"That often goes hand in hand with respective training of the carrier’s staff. They then go out to the customers with a more differentiated offering and act more as consultants.
“But even then, they still need a qualified freight forwarder as an intermediary for documentation, monitoring, customs and pre- and on-carriage – in particular for special airfreight.
“There are, of course, a few exceptions where carrier and shipper of different industries deal directly with each other, but this tends to be driven by shippers with very high volumes, not by the airlines themselves," he reflects.
In the e-commerce sector most merchants are not prepared to deal directly with carriers, Zablocki says.
"Amazon is the gorilla, and there are some like that, but many companies that sell on-line come to us looking for service without the price of the integrators. They want the service of the integrators, probably two or three extra days, at a lower price," he says.
"Many companies don’t want to take on transportation. For example, they don’t want to deal with the staffing levels needed in the fourth quarter and for the rest of the year," he adds.