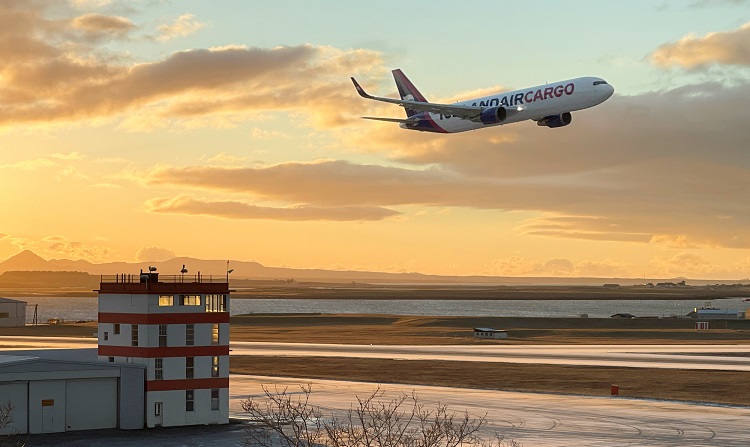 Icelandair Cargo has taken delivery of its latest freighter as it continues to expand its airfreight operation.

The carrier received its first B767-300 converted freighter last week, which will fly alongside its existing two B757-200Fs.

The aircraft (TF-ISH) is named “Grimsey” and is one of two being converted by ST Engineering.

The conversions follow a March 2021 announcement that Icelandair would sell two B767-300ER aircraft to Titan Aircraft Investments (TAI) for conversion into freighters and lease back to the airline.

The two aircraft were originally due to be delivered in the autumn, but conversion lines have been facing delays due to supply chain issues and high demand.

The new aircraft’s first flight was from Reykjavik to Liege and it has conducted several flights to the Belgian cargo hub since then. It has also flown to Chicago and New York.

When the deal was first announced, Bogi Nils Bogason, president and chief executive of Icelandair Group, said that the aircraft carry around 50% more freight than its two B757-200 freighters.

“Our aim is to increase the capacity in our markets, as well as strengthen Iceland as a hub for cargo, in a similar way as our passenger hub that provides attractive connections between continents,” he said.

Icelandair to add B767 freighters through Titan deal