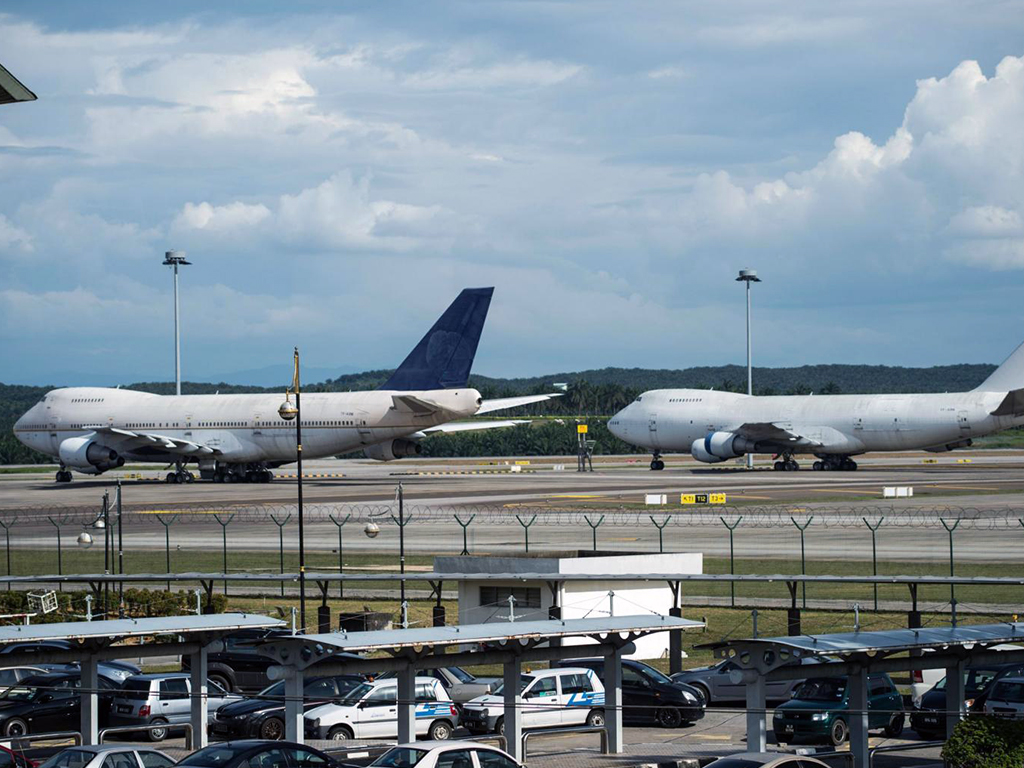 Malaysian-based freighter airline Swift Air Cargo says it is the owner of three apparently abandoned 747-200Fs at Kuala Lumpur airport, saying it had been “stunned” to read press reports that the planes had been abandoned and that it had been unable to trace their owners.
In early December, the airport authority published a newspaper advert seeking the planes’ owners and warning that they would be disposed of if they were not claimed and parking charges paid.
However, the story of the planes’ ownership is complex.
Swift – which according to its website is currently officially called Splunk n’ Dash Sdn Bhd until its change of name is approved by the Department of Civil Aviation – says that a statement by the airports authority about the ownership of the aircraft was not fully accurate. The airport had said that previous owners Air Atlanta Icelandic had de-registered the aircraft and dissolved responsibility for them when ownership of the aircraft was transferred to Shaanxi Sunshine Cargo in China.
Swift says however that the three Boeings were not owned by AirAtlanta Icelandic, but by another Icelandic company, Flugvik EHF which leased them through various entities to AirAtlanta Icelandic. Flugvik EHF at the time was a holding company managed by IAM Aviation.
Two of the aircraft – TF-ARH and TF-ARN – were sold from Flugvik EHF to Shaanxi Sunshine Cargo which then transferred them to a Hong Kong entity, which then sold the aircraft to SWIFT on 8 June, 2015.
TF-ARM was to a Turkish entity on 29 June, 2010, which then sold it to a Hong Kong entity on 11 January, 2011 which then too sold the aircraft to SWIFT on 8 June, 2015.
Swift points out that the company paying the parking fees on the aircraft is not necessarily the aircraft owner – Shaanxi Sunshine Cargo was paying the parking fee for TF-ARM although it had never been the owner of TF-ARM.
Owners of aircraft do not necessarily have to be an airline, it adds and when the three Boeings were sold to companies in China and Turkey which were not airlines, the aircraft remained on the Icelandic register for about a year after being sold.
Swift thanked the airports authority for its assiduous efforts to track down the aircraft’s owners saying that it had fully complied with the legal requirements to show it is the legal owner of the planes. Should it request that further discussions be handled privately, it would do so it added. It had the highest regard for the airport’s management and noting the difficult position in determining ownership with the complexity of numerous, international owners.