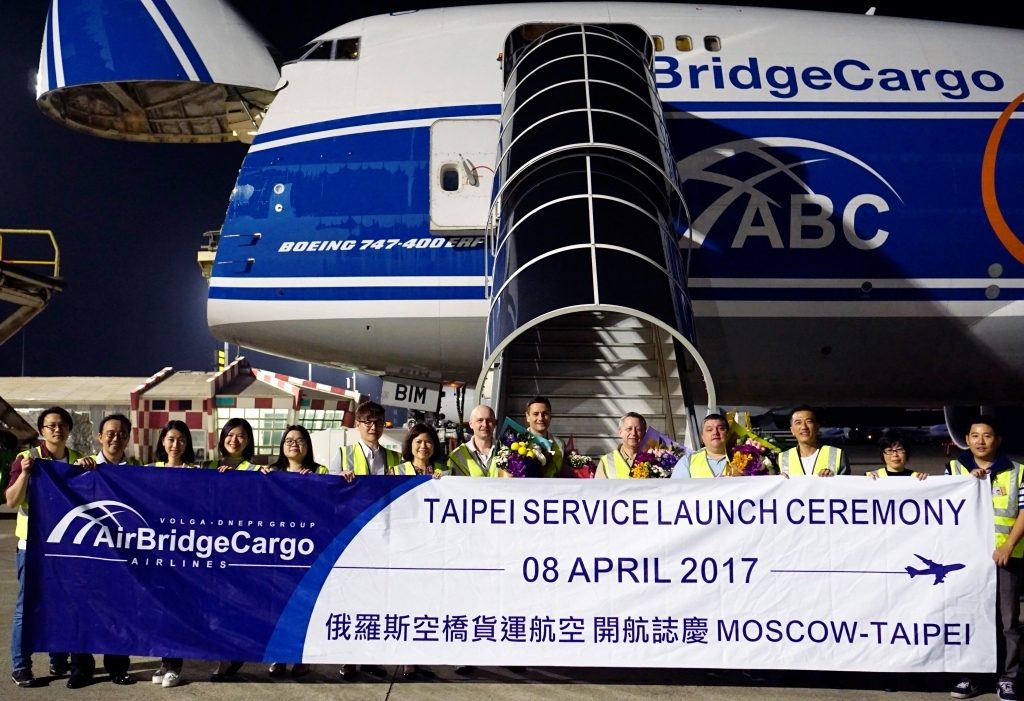 AirBridgeCargo Airlines (ABC) has continued the expansion of its operations in Asia with the addition of  Taipei to its list of destinations.
ABC will fly to Taipei twice per week utilising a Boeing 747F aircraft. The new service, which was launched on April 8, will operate from Moscow Sheremetyevo every Wednesday and Saturday, returning via Hanoi in Vietnam.
Sergey Lazarev, general director ABC, said: “Taipei is a mature and stable air cargo market generating volumes close to 500,000 tonnes per annum so it is a major origin, destination and transit point for freight.
"This includes exports of electronic components, machinery, textiles as well as a diverse range of import cargoes.
"We know from listening to customers in Taipei and those in other countries with traffic to and from Taiwan that there is demand for the quality of service and network opportunities AirBridgeCargo is able to offer.
"This is why we are supporting our customers once again with our services and additional capacity in a prime market where they want to work with us.”
ABC said the addition of Taipei means it has doubled its route network for customers in the region in the last two years.
ABC also offers 747F services to and from Tokyo, Seoul, Singapore, Hanoi, Phnom Penh, Hong Kong and the Chinese cities of Shanghai, Beijing, Chengdu, Chongqing and Zhengzhou.
The expansion of operations has helped the airline boost volumes from the Asia Pacific region by 25% year on year to more than 265,000 tonnes and said it is "confident of further growth this year".