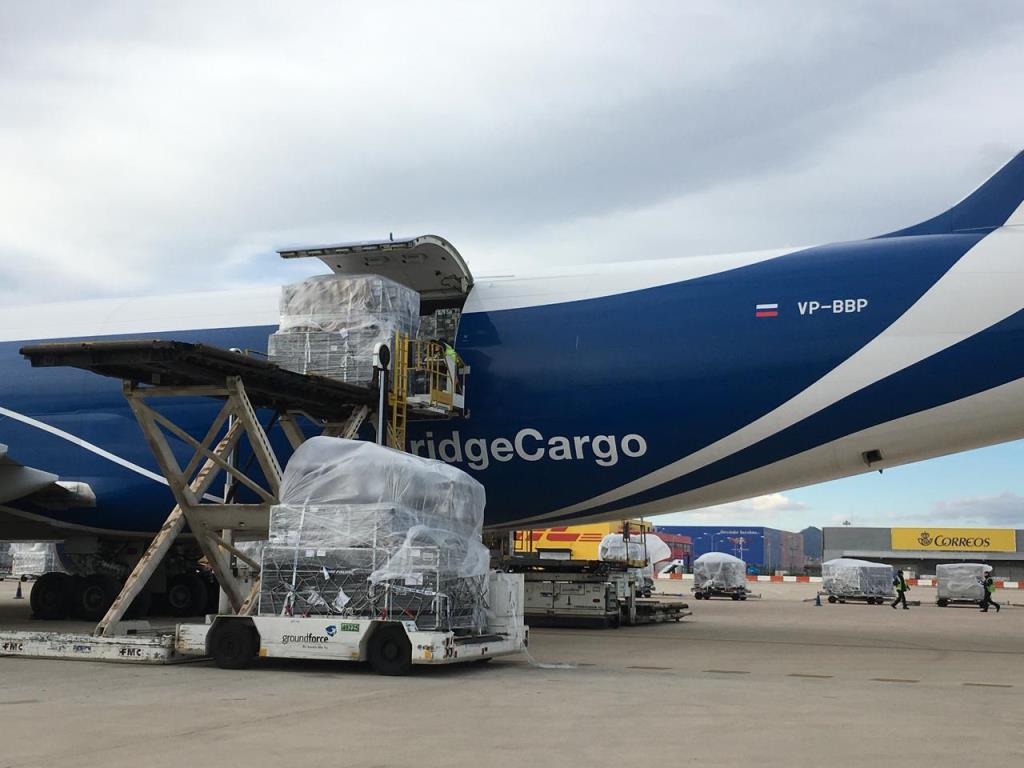 AirBridgeCargo (ABC) has completed a Boeing 747 freighter charter flight for Universal Global Logistics S.A.U. delivering 66 motorcycles on their way to the first round of the 2018 MOTUL FIM Superbike World Championship in Australia.
The palletized motorcycles were part of a 110 tonnes payload transported from Barcelona, Spain, to Melbourne’s Avalon Airport, Australia, onboard the B747-8F.
In Melbourne, the Superbike teams continued their journey to the Phillip Island Grand Prix Circuit, their final race day destination.
ABC country manager France, Spain and Portugal Eric Lamare said: “Transportation of bikes is a multi-tiered logistics process which requires strict orchestration of procedures, alignment of loading/offloading by qualified staff, and monitoring of the entire transportation process with available shipment records on hand at all times and strict delivery time compliance to meet the customers’ expectations and racing schedule."
In 2016, ABC moved the Superbike racing teams from Bangkok to Barcelona, from Amsterdam to Kuala Lumpur, and from Malaysia to the UK’s East Midlands Airport, delivering some 480 tonnes of cargo in support of the world championship. It also operated the same Barcelona-Avalon flight in 2017.