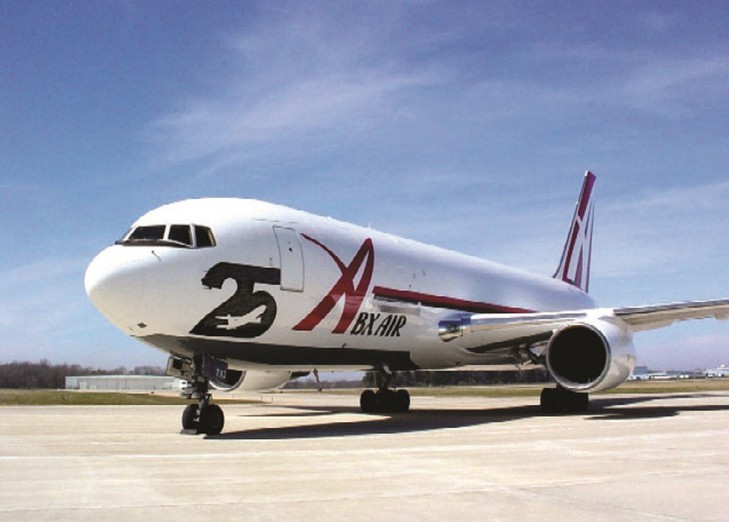 ABX Air has reached a settlement with its pilot unions on a dispute which had grounded 75 flights for DHL and Amazon over two days late last year.
The ABX Air agreement by the Air Transport Services Group (ATSG) subsidiary allows pilots to take compensatory days off after working on their days off to cover flights due to alleged staffing shortages at the US-based freighter lessor.
A statement by the unions, the International Brotherhood of Teamsters Airline Division and the Airline Professionals Association, Teamsters Local 1224, said: “This resolution puts an end to the issue that prompted the pilots to walk off the job: pilots were regularly forced to work overtime and called out on emergency assignments on their days off, creating strain and keeping pilots away from their families.
“The pilots were not permitted to take the compensatory days off provided for in their contract. Still, pilots are concerned that the airline will not have enough pilots given the growing pilot shortage.”
ABX Air has yet to comment publicly on deal, which in early December 2016 saw a US district court judge support an ATSG application to extend a temporary restraining order stopping ABX Air pilots from going on strike into one banning work stoppages and other service interruptions.
The unions said that the agreement “eliminates a large backlog of accrued, earned days off – which had aggravated the staffing shortages – and restores the pilots’ right to use any new days they earn starting in March”.
A labour arbitrator will decide whether ABX Air can put any new restrictions on that right.
ABX Air captain and executive council chairman Rick Ziebarth said: “ABX Air pilots and our union applaud the company’s recent steps to increase hiring and address the staffing shortage at ATSG. Going forward we need an industry-standard contract that allows us to recruit and retain the pilots needed to deliver for our customers long-term.”
A separate dispute, involving pilots at US freighter lessor Atlas Air Worldwide Holdings, Amazon’s other freighter aircraft supplier and a key contractor for DHL, remains unresolved.