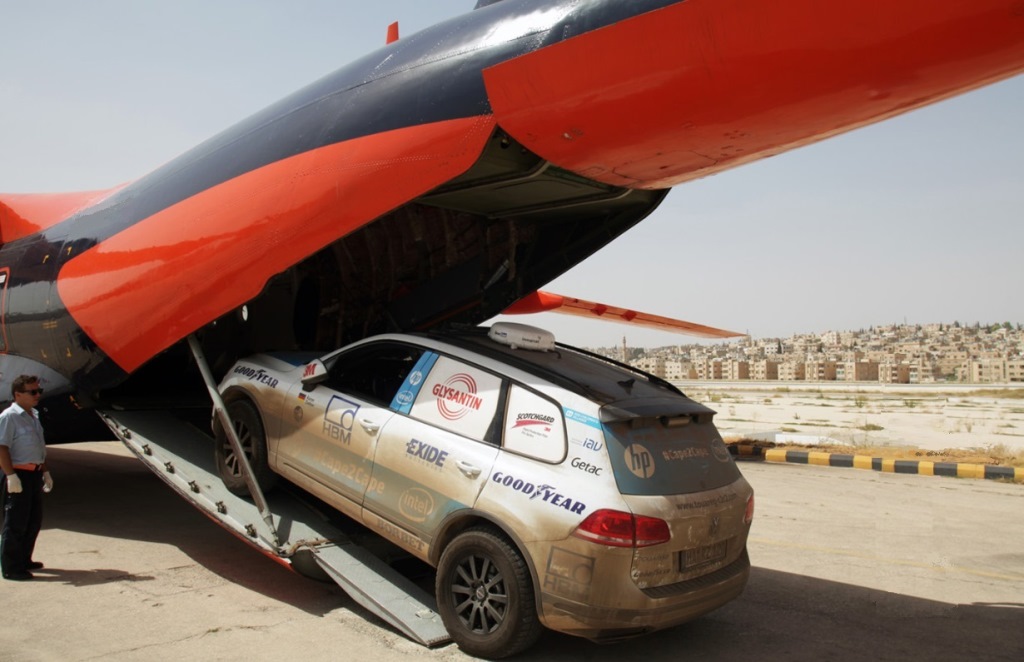 Air Charter Service helped a team complete ‘Cape to Cape 2.0’, a world record attempt driving from the southernmost point in South Africa to the northernmost in Norway.

With Syria being out of the question to travel through, the team, driving a VW Touareg from Cape Agulhas to Nordkapp, was given special World Record dispensation to fly the car (and themselves) from Jordan to Turkey.
The closest airports to the borders were chosen, Amman and Adana, in order to spend as little time off the road as possible.

ACS commercial director Justin Lancaster said: “Teamleader of the trek Rainer Zietlow already held two long distance driving records – Tierra del Fuego to Alaska and Melbourne to Saint Petersburg – but needed our help for this one.
“We chartered the rear-loading Antonov 74 in order for them to drive to 4×4 straight up the ramp in Amman and drive straight off the other end in Adana.
“They were then back on their way minutes later. And we’re pleased to say that they completed the whole journey in nine days, four hours, nine minutes and 27 seconds – setting a new World Record.”