ACS to the rescue in Arctic emergency 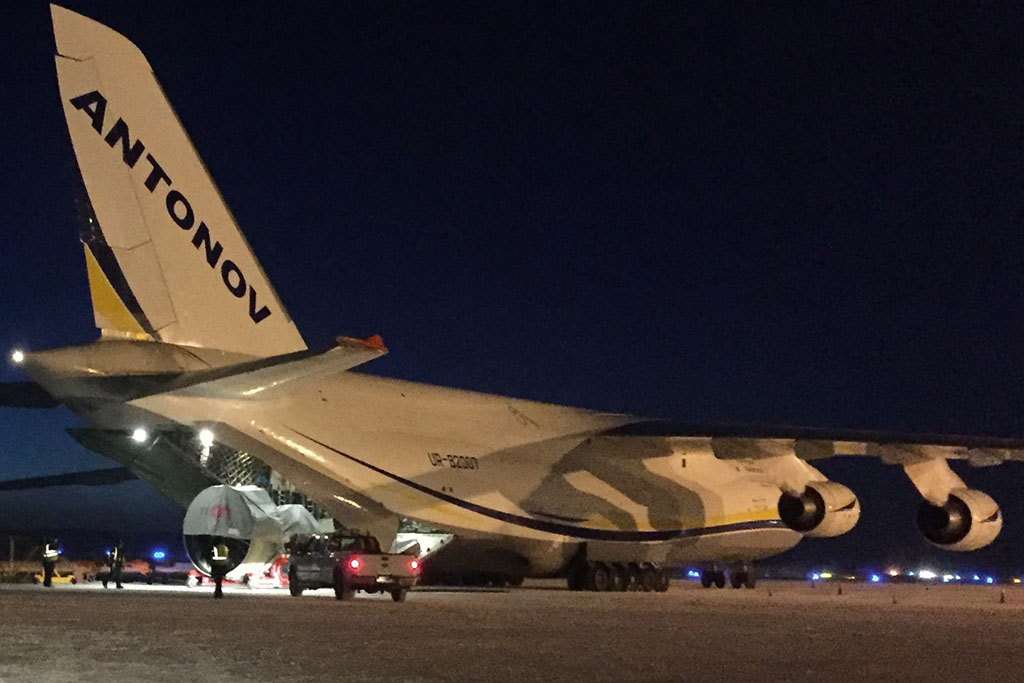 Air Charter Service swung into action when a passenger aircraft became stranded on the edges of the Arctic Circle.
A Swiss Airlines Boeing 777-300ER had been en route from Zurich to Los Angeles when it developed an engine fault over the far north of Canada.
It made a smooth emergency landing at the small airport of Iqaluit, despite sub-zero temperatures and a snow covered runway. The 216 passengers and 17 crew members were flown on by a replacement aircraft that arrived from New York, safe and sound after their unscheduled Arctic adventure.
It was quickly established that in-situ repairs to the faulty GE90 engine — the most powerful in the world — would not be possible, so ACS knew that it would need an Antonov Airlines AN-124 to transport a replacement from Swiss’ Zurich base to Canada.
The AN-124 arrived in Iqaluit less than 48 hours after the initial emergency landing.
ACS London Cargo director James Cristofoli said: “We were contacted to urgently find a charter solution to transport a new GE90 engine for the B777 and fly it into Iqaluit, which is just outside the Arctic Circle. We were also asked to take engineers and a 25-tonne forklift tractor and support equipment to offload the cargo, as Iqaluit didn’t have sufficient means.”
Wisely, ACS also brought a precision fit, inflatable over-wing shelter. This allowed the engineers to work on the engine in comparative comfort — daytime temperature in the region is around -30˚C.
After waiting on the ground for five days at Iqaluit, the ACS-chartered AN-124 flew the faulty engine back to East Midlands Airport, from where it was trucked to the GE factory in Cardiff, Wales.
Commercial executive at Antonov Airlines in the UK, Martin Banns, who was responsible for organising the flight, said: “Remarkably, despite sitting on the ground for five days in those extreme temperatures, our AN-124 required no de-icing due to a lack of moisture in the air."